The ride-hailing services since their arrival in Pakistan are found with aggressive marketing strategies in order to attract maximum customers by any means. A new wave of brand war has been observed since yesterday in Pakistan as Careem has come up with its “Rishta Aunty Service” promotion. The rishta aunty offer was announced yesterday morning and went extremely viral on social media with some interesting responses from the Pakistani users. Careem Rishta Aunty Service Turns into Brand War. Not only this, interestingly, other companies also jumped into the scenario against Careem’s marketing approach and devised their own “Rishta Service Slogans“.

Let’s read in detail about the “Rishta Aunty” promotions that are going viral.

Other Companies Response to the Careem’s Rishta Aunty Service

A Karachi based service, Joy Cab, has taken its moment to back lash at the top cab service of the nation – Careem. Joy Cab hits Careem from ‘Aunty Rishta’ to ‘Peak Factor’. 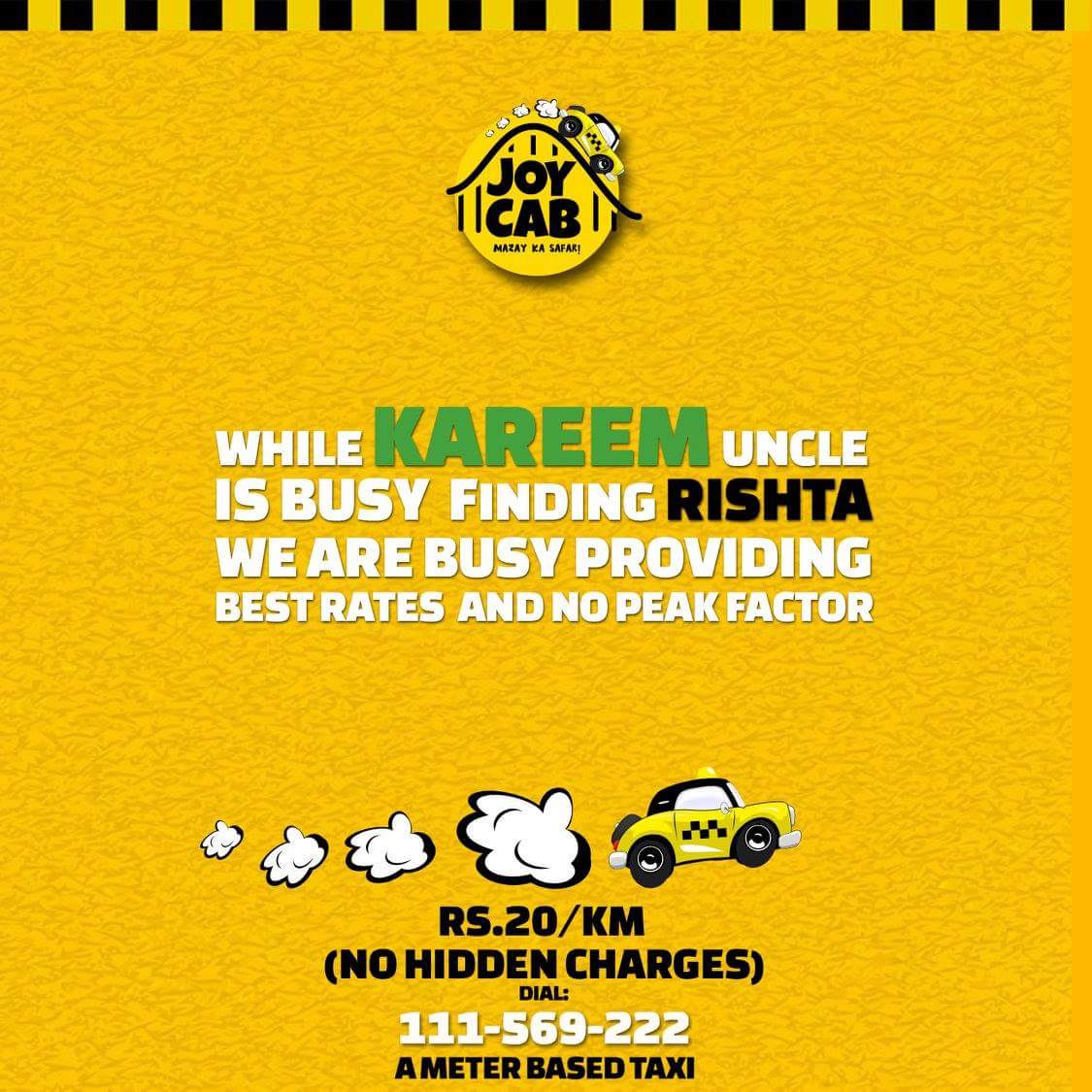 Uber, a US ride-hailing company and Careem’s rival in Pakistan, has directly replied to its Rishta Aunty service: 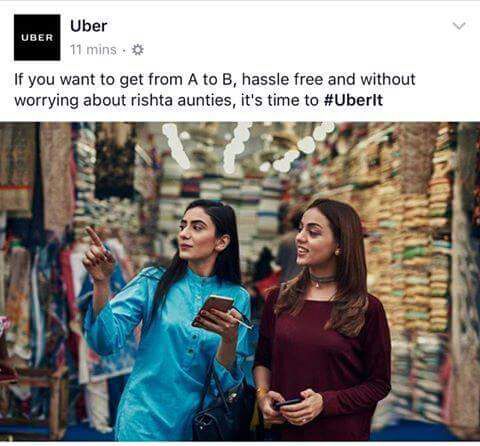 Travly is a Lahore based one stop ground transportation and logistics solutions. Travly’s response to Careem will definitely make you lungs-out-laugh by all means: 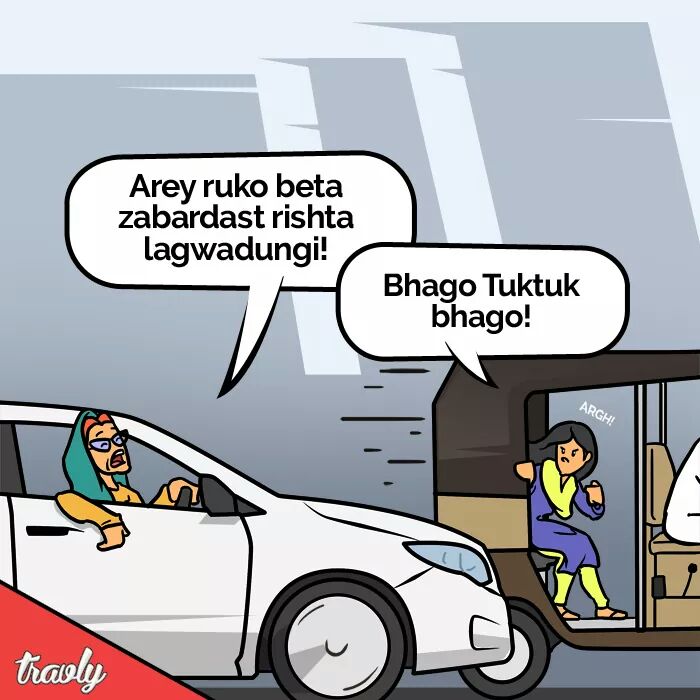 Blue Ex even an online delivery service has also taken the Careem’s rishta service on its nerves and responded back to it with something more attractive tagline: 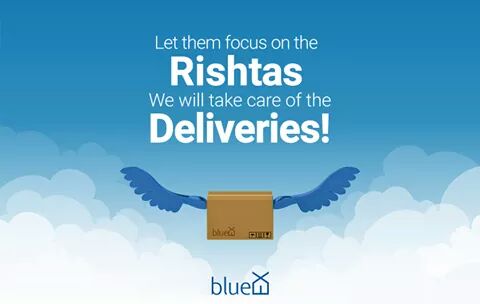 Some Social Media Response to the Careem’s Rishta Aunty Service

As per our observation and social media review, people did not like this rishta aunty thing. Here are some of the disappointed customer’s reviews we picked from Facebook:

Careem always introduces something new in market, but this is something very strange. Careem Naai, Careem Doctor etc, but this “Rishta Aunty” service has seriously taken a toll.