TECNO is recognized for bringing up innovative campaigns and launch ideas for its products. It is coming up with yet another online launch for the Camera Pioneer phone with TAIVOS technology from its flagship Camon series. The globally acclaimed smartphone brand, TECNO has just announced the date for the grand launch for photography king phone Camon 16 on November 3rd, 2020 at 8:00 PM PST. The launch will be live on Tecno Mobile Official Facebook page and also on the Official Facebook page of PhoneWorld. 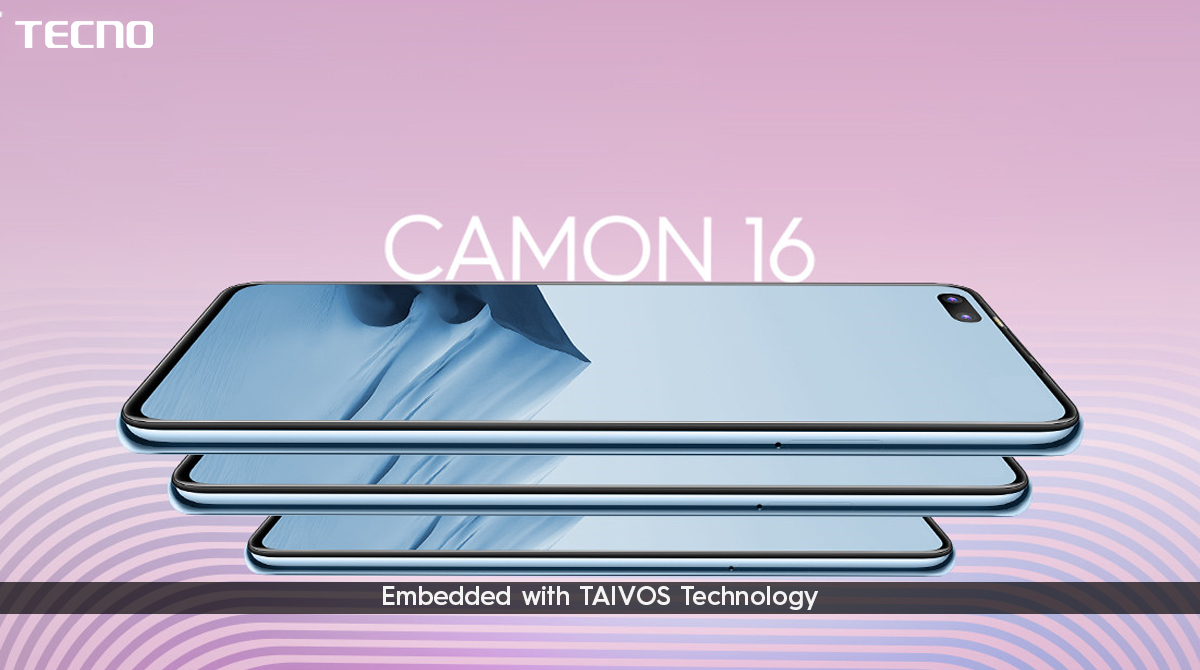 TECNO Mobile Pakistan brings such innovative launch ideas for its Photography Pioneer Phones Camon 16 and Camon 16 SE. Both phone are equipped with the ultimate camera solution TAIVOS Technology to give a professional photography experience to its users. The live launch for the Camon series, TECNO’s most high-end phones, is expected to be a great success online. It shall be live not only on TECNO Official Facebook Page but also on other tech platforms.

TECNO has previously done some great online launches that were a hit on social media and left the fans in awe. The Grand Virtual launch event of Camon 15 broadcasted on top TV channels and various social media sites. The remarkable virtual launch of the ‘Hero Phone’ Spark 6 aired live on Pakistan’s biggest TV game show and also on TECNO’s Official Facebook page. Fans couldn’t keep from sharing and appreciating the launch plus the premier of ‘Real Hero’ short film. Both campaigns were a success and received a great response from the audience and customers.

Everyone must watch the whole live broadcast as there is a special surprise for TECNO fans. If you watch the whole broadcast, then share the live video on your feed and tag three of your friends using hashtags #Camon16 and #TecnoMobilePakistan, you get a chance to seize a FREE Camon 16.

So mark the date and don’t forget to watch the live launch event on the 3rd of November to win a FREE brand new Camon 16 with the advanced TAIVOS technology!