Caviar, the luxury brand, is back with stunning designs for modern smartphones. This time, NPO TCIT, a company that specializes in armored vehicles, has made the iPhone 13 bulletproof with BR-2 class 2 armor. After releasing a modified version of the iPhone 12 for privacy-conscious users a year ago, Caviar showcases bulletproof iPhone 13 Series, The new Stealth 2.0 iPhone 13 Pro and iPhone 13 Pro Max phones are outfitted with a layer of BR-2 class 2 bulletproof armor that can withstand a gunshot. 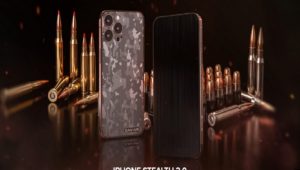 The bulletproof body was designed by NPO TCIT, a company that specializes in combat helicopters and armored vehicles. The Stealth 2.0, like its predecessor, does not have any cameras (rear and front). The absence of a front-facing camera on the Stealth 2.0, on the other hand, is likely to render Face ID ineffective.

As a result, biometric authentication on the Stealth 2.0 iPhone is unlikely. The luxury brand demonstrated the new features, including bulletproof armor. Caviar, which is known for producing customized and luxury versions of smartphones, claims that removing the cameras allows users to use their phones in places where cameras are prohibited. 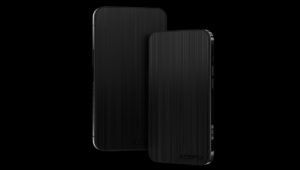 Caviar’s new Stealth 2.0 iPhone 13 series can withstand a pistol bullet and still function normally. Stealth 2.0 comes in two colors: black and titanium. For those who work in restricted areas and classified facilities, the Black version is completely black on both sides and lacks all cameras.

The Titanium version is made of high-impact titanium with a laser-engraved khaki pattern, as the name suggests. This one retains all four cameras, allowing you to take advantage of the phone’s cutting-edge imaging capabilities. 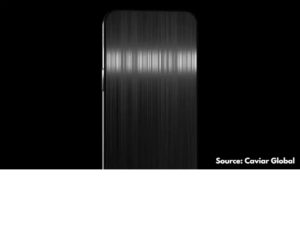