Qmobile has remained the best selling smartphone in Pakistan due to the extraordinary features packed in it at a cost-effective price. No doubt, QMobile designed its strategy keeping in view the ups and downs of Pakistani nation and their salary range. The smartphone brand tried to provide Pakistanis with the flagship feature, but the Price range remained minimal. Even now, Celebrities have endorsed QMobile due to their great features.

When compared with other brands like Samsung, Oppo or Huawei, Qmobile remained at there level when it came to providing quality products, but when the price range was compared, there remained a huge difference. QMobile also launched Pakistan’ first 4G feature phone by collaborating with Telenor and KaiOS. Even now the celebrities have Endorsed Qmobile and its effort to promote its vision that is Made in Pakistan For Pakistan.

Here’s the rate list of QSmart devices, which confirms the cost-effectiveness of this brand. 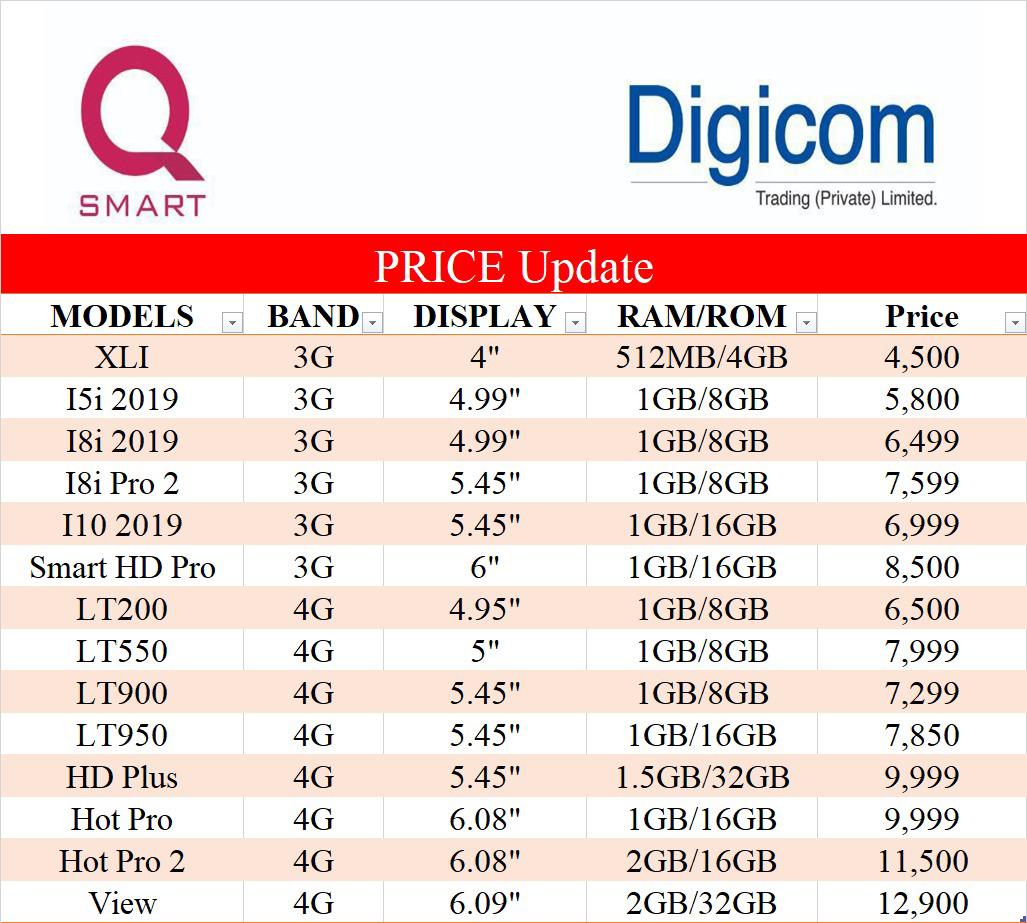 Here is what the nation’s heartthrob, Mohammed Amir has to say about his experience of using the phone.

Sana Javed, a Pakistani Actress believes  QMobile is the first Pakistani Smartphone brand that designs its phones, especially for the fast-paced Pakistani lifestyle.

QMobile has guaranteed to transform the lives of Pakistanis, providing them with less priced feature phones and at the same time contributing to Pakistan’s technological advancement by launching QSmart devices.

12 percent of households in Pakistan have atleast one Digital device