Pakistan is moving towards a multidimensional revolution in the shape of China Pakistan Economic Corridor (CPEC). It is considered a strategic game changer that will make Pakistan a richer and stronger entity than ever before. This will finally help Pakistan to get its economic wheels turning.

The Corridor is an extension of China’s Belt and Road initiative. The Corridor is basically a 3,218 KM route, stretching from Gwadar, Baluchistan to Kashgar, Xinjiang with a collection of infrastructure projects that include modern transportation networks, energy projects, and special economic zones. The value of the project was set at 46 billion dollars initially but now it is worth 62 billion dollars. It is a historical project of regional connectivity that will not only rid Pakistan of its problems but it will also positively impact Iran, Afghanistan, India, Central Asian Republic, and the region.

The Corridor is a 3,218 KM route, stretching from Gwadar, Baluchistan to Kashgar, Xinjiang with a collection of infrastructure projects that include modern transportation networks, energy projects, and special economic zones

The paramount of CPEC is that it will help Pakistan to represent a positive image internationally and open new doors of foreign investment in the country. The Export Processing zones and Special Economic Zones will attract foreign investors to set up their business in Pakistan and reap benefits from special incentives offered under CPEC.  So far, 41 sites have been identified for the development of Special Economic Zones out of which work has already been started on nine. For these EPZs and SEZs more lenient economic and tax policies are offered as compare to general economic policies in a country. 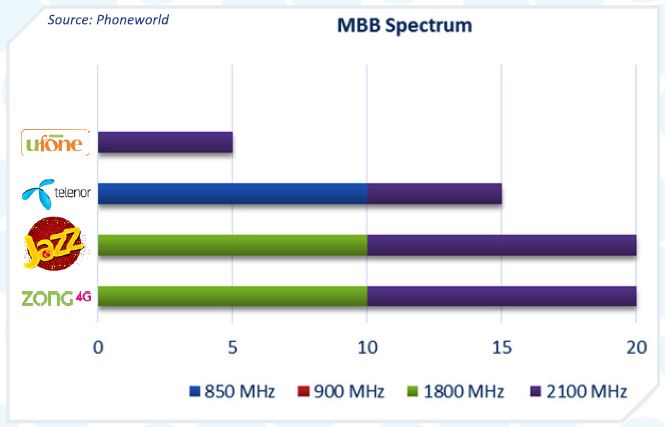 The benefits of CPEC are undoubtedly far reaching but being a part of Telecom and IT industry, our focus of interest is on how CPEC will change the mobile and telecom ecosystem in Pakistan. Under the industrial cooperation investment, government is offering special trade incentives to businesses in order to motivate them to set up their infrastructure in Pakistan.

Many international companies have started to show interest in CPEC economic zones. Owing to the development of China-Pakistan Economic Corridor (CPEC), and increasing economic stability in the country, Pakistan is receiving interest from tech firms to move their research wings into the country. Just recently the Hong Kong based FinTech firm, Octo3 has relocated its R&D to Pakistan. This transfer, alongside those planned by other firms, is destined to reshape Pakistan’s ICT industry and help the country to emerge as an alternative to India’s ICT market in Bangalore. The following table shows the various incentives offered under CPEC to new businesses: 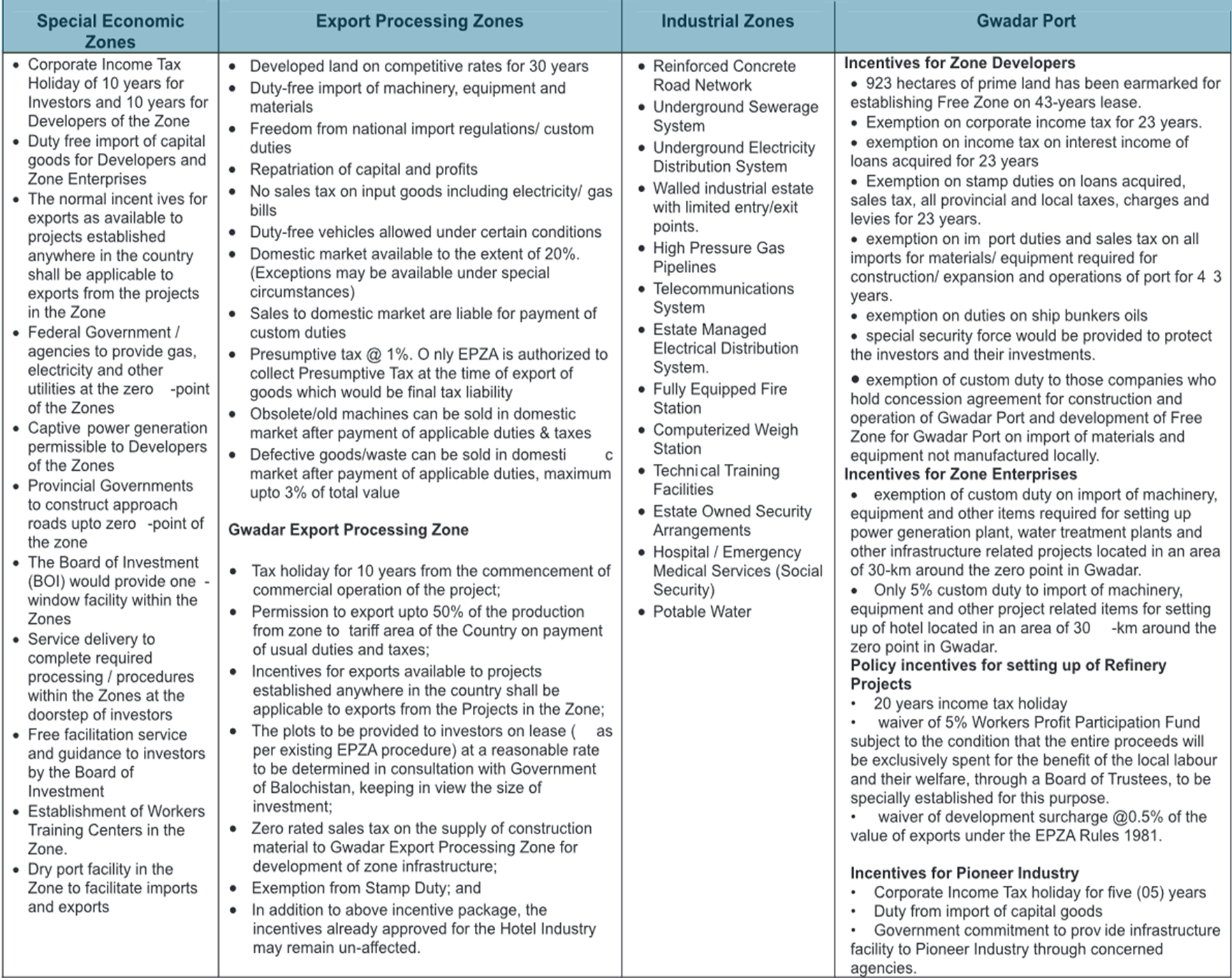 Another important CPEC development from technology stand point is the China Telecom Global Ltd’s cross-border telecom initiative publically known as the China-Pakistan Information Corridor. The project aims to enhance information connectivity and exchange between China and Pakistan by extending land cables, erecting wireless towers, and developing data centers, with a budget of $1 billion. Pakistan’s informational linkages enhancing as a result of CPEC could prove beneficial in harnessing the tech-based financial systems and development start-ups in the country; leading to greater expertise and orientation towards services industry. China Mobile (Zong 4G) is also playing a strong role in connecting the entire project as well as all the industries tied with it.

The China-Pakistan Information Corridor aims to enhance information connectivity and exchange between China and Pakistan by extending land cables, erecting wireless towers, and developing data centers, with a budget of $1 billion

The company is working on integrated communications services to the businesses, governments and individuals connecting each other within and outside the two countries to materialize the dream. In their Annual Business conference of 2017, Zong 4G has announced a further investment of USD 200 Million to upgrade their entire network to 4G. This would make Zong 4G the widest and fastest data network of Pakistan and the coverage will include key areas along the CPEC route of Belt & Road initiative inside Pakistan. Zong 4G has  developed a wide range of IoT solutions including tracker devices, healthcare and educational applications, smart electricity meters and customized industrial solutions to further propel the cause of digital Pakistan and to ensure the success of industries and projects associated with the Belt & Road initiative.

Some of the other major IT and Telecom projects that hold great importance for Pakistan are discussed as under.

CPEC is bound to have major impact on Pakistan’s Information and Communication landscape; it has a the potential to put Pakistan directly against the other Global Information Technology Power- namely, India as an alternative global TECH-HUB. A major part of CPEC initiative is the installation of fiber optics and satellite Internet connections. China with 46% penetration in internet accessibility leads the Region; Pakistan on the other hand has 11% accessibility which is even lesser than India’s 15%. With the penetration of internet and work that is being done through CPEC, remote areas in Pakistan will have direct impact and will help boost internet user base. Moreover, once the projects are up and running the multi-national companies in technology and telecommunication space will rush to use it as their regional base to serve the growing needs of the countries in the Middle-East, Iran and Central Asia. 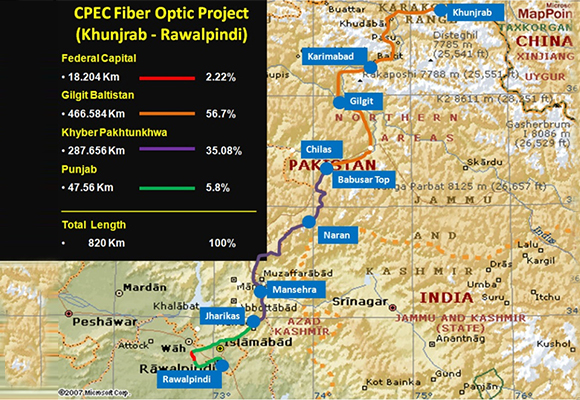 Special Communications Organization (SCO) has been given the task to lay down 820 km of optical fiber cable along the China-Pakistan Economic Corridor (CPEC) starting from Khunjerab to Rawalpindi. Huawei is working on the project and about 50% of the work has been done.  The optical fiber will stretch out about 18 km in federal capital, 467 km in Gigit-Balkistan, 288 km in Khyber Pakhtunkwa and about 48 km in Punjab. The optical fiber cable will also enhance telecommunication in the Gilgit-Baltistan region, while offering Pakistan a fifth route to transmit telecommunication traffic. Pakistan is currently connected with the world through four undersea fiber optic cables, while another five are being built and will be operational in the next couple of years. 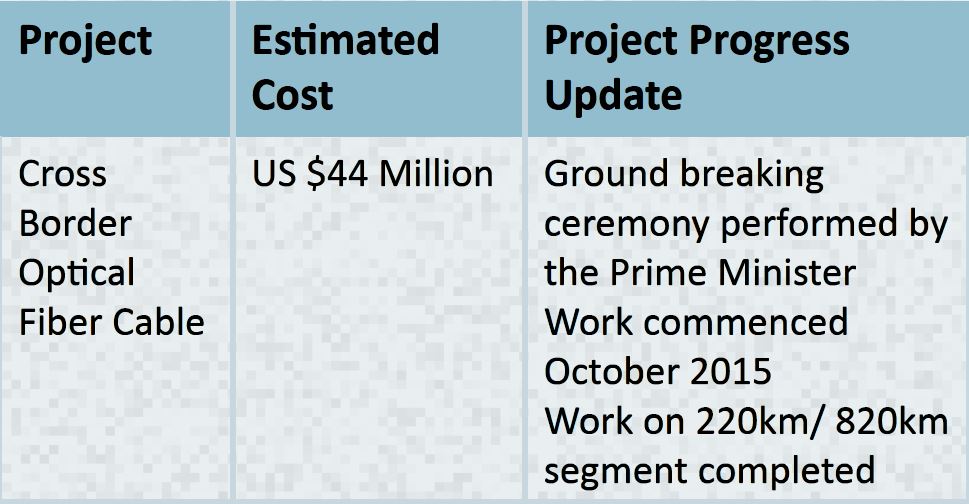 Leading telecom network service supplier ZTE just completed a pilot project on DTMB in Pakistan in March that allows residents around Islamabad, capital of Pakistan, to receive TV signals once they install a set-top box

Leading telecom network service supplier ZTE just completed a pilot project on DTMB (digital terrestrial multimedia broadcast) in Pakistan in March. DTMB project allows residents around Islamabad, capital of Pakistan, to receive TV signals once they install a set-top box.  The pilot project has been completed at a cost of US $ 2 million, as confirmed by Ministry of Information & Broadcasting.

The DTMB project belongs to the earlier harvest projects of the CPEC. Experts said the project contributes to the establishment of an information corridor and brings Chinese telecom standards to Pakistan.

As a part of CPEC the two countries have signed an Economic and Technical Cooperation Agreement. The two countries have also pledge to establish the “China-Pakistan Joint Marine Research Center” with State Oceanic Administration and Pakistan’s Ministry of Science and Technology. Also part of CPEC agreement, China and Pakistan have agreed to cooperate in the field of space research. In February 2016, the two countries agreed to establish the “Pak-China Science, Technology, Commerce and Logistic Park” near Islamabad at an estimated cost of $1.5 billion.

This park is planned to be constructed in the range of 500 hectares, which will be provided by Pakistan to China’s Xinjiang Production and Construction Corps, with all investments expected to come from the Chinese side. The venture shall be of co-ownership between Pakistani side and Chinese counterparts; Chinese partners shall attract merchants and project investment. The project would be completed in the time period of 10 years spread over 3 distinct phases of 3, 4 and 3 years respectively. During this period, the project envisages employment generation of up to 150,000 personnel. The project has two parts:

Kyber Pakhtoonkhwa government has also recently announced its plan to set up technology city around the Rashakai Industrial Zone. The project was included in China Pakistan Economic Corridor (CPEC) in the 6th Pakistan-China Joint Cooperation Committee (JCC) meeting in Beijing. The local government is also planning to build an IT Park in Peshawar.

Promotion of TD-LTE commercialization in Pakistan:

FDD-LTE is also knows as frequency division duplex or ‘paired spectrum’ that has uplink downlink at separate frequency. This pairing is sometimes called 10+10; it is symmetric and uses two different frequencies one for uplink and one for downlink. On the other hand, TD-LTE is the Time division; it has only one frequency band and switches between uplink and downlink in turn like a ‘ping-pong’.

The TD LTE is preferred because it enables dynamic allocation of Uplink and Downlink resources to support asymmetric DL/UL traffic. It also ensures channel reciprocity for better support of link adaptation; MIMO and other closed-loop advanced antenna techniques such as transmit beam-forming. Unlike FDD, which requires the paring of channels, TDD only requires single channel of both Uplink and Downlink which provides greater flexibility for adaptation for varied global spectrum allocations. Also, the Transceiver designs for TDD implementations are less complex and therefore, they are less expensive as compared to others.  The Promotion of TD-LTE commercialization in Pakistan is also at feasibility stage and about 15% of work has been done on the project.

The Promotion of TD-LTE commercialization in Pakistan is also at feasibility stage, about 15% of work has been done on the project

China-Pakistan Economic Corridor is undoubtedly a historical project. It is opening new avenues of progress for Pakistan. After its full completion it has the potential to benefit all segments of the country including the IT industry of the country. This phenomenal development will be key facilitator in accelerating industrial growth & digital transformation of the country.