Customization options for Google’s search widget first started to appear all the way back in 2017. After that this new feature was unceremoniously yoinked. Some people running the latest beta version of the app reported earlier this week that the feature was going live for them. After confirming we came to know that the Customizable Google Search Widget is back again for the users running the latest Beta Update of the App.

The new setting is not accessible via a launcher’s settings. It can be found in the Google app. To change the search bar widget settings for yourself, follow the steps written below: 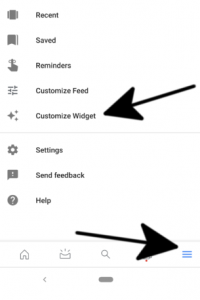 The four options for the search widget that you can change include the logo. You can opt for the full Google logo or G. In addition to that, you can select the shape as well. There are options of a square, round corners, and round. You can also change the color and transparency/shading options. The options are wide enough to cover the spectrum from tasteful to garish as your heart may desire. 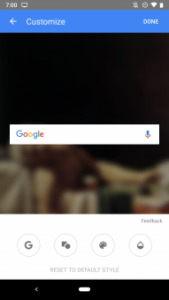 According to the reports, the new customization option has been spotted on devices running the latest beta of the Google (version 8.21). However, earlier this week, there were reports that the feature is going live in the stable version of the app as well. Hopefully, it will roll out soon for all users.
Also Read: Google Photos Latest Update May Brings New Color Pop Effects and Manual Bokeh
Laiba MohsinLast Updated: Sep 23, 2018
Share
Facebook Twitter Pinterest