Will start the story of my journey with a moral of the story which I read when I was in class 4, stated as “All those glitters are not gold”. At that time, this phrase was pretty vague, but now with time, I realized someone said it for the very right purpose. After travelling from Rawalpindi to Lahore on Daewoo Bus Service, I have concluded that this phrase perfectly fits this bus service which was once considered the best and the safest travelling service in Pakistan. So I booked a seat, and they told me that I would receive a confirmation message, which I received when I have half-hour away from Lahore. This shows the audacity of their service. 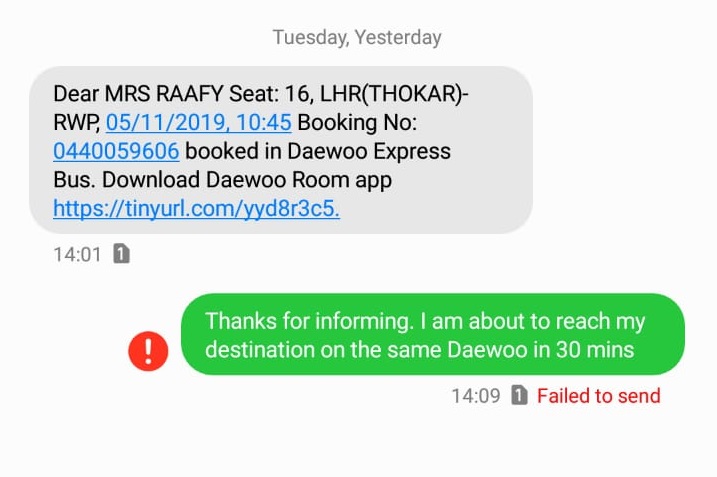 It should be mentioned here that I also tried to book service from their mobile app, but as usual, it was not working.

So I sat on the bus, and as I was terrified due to the incident of Faisal Movers (a month back), I decided to fasten my seat belt. Shockingly I came to know that my seat had no belt as it was broken down by some passenger and the company has not fixed it since then. Well, I understood it still and decided to fasten the seat of my son, who was sitting right beside me. I realized it has a bubble gum stick on it. Ewww yes I have attached the picture below as proof. So we both (mother and son) decided to leave everything on Allah and travelled without any Hifazati Seat belt, which they had announced at the start. 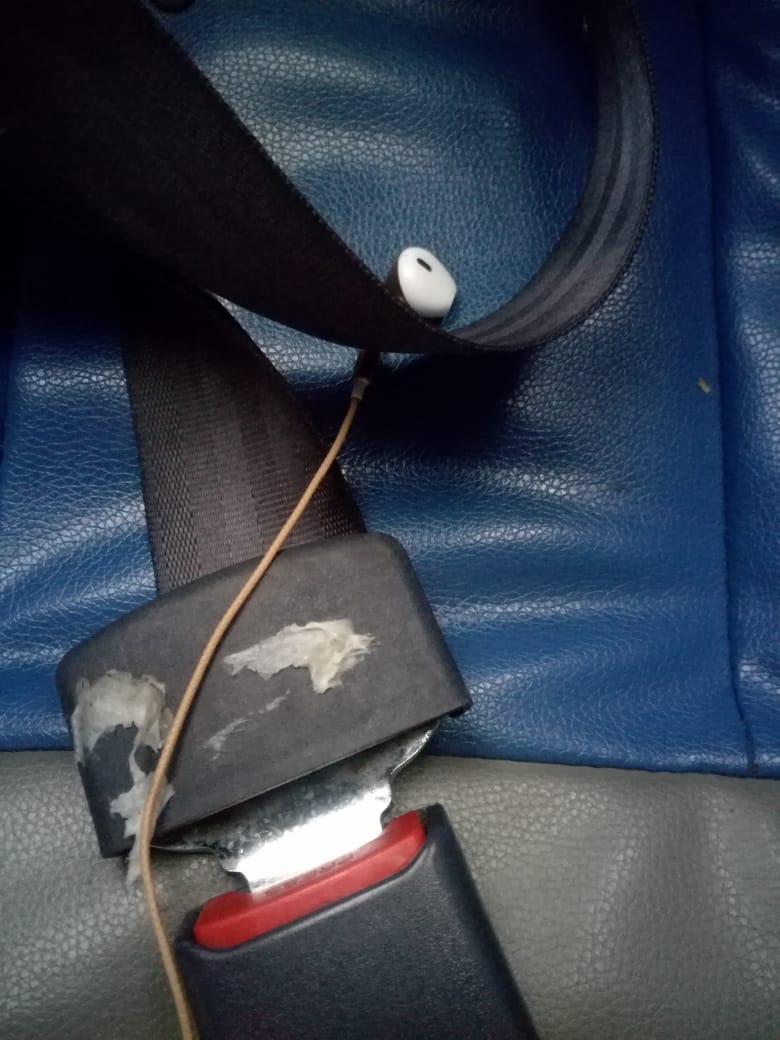 My son wanted to watch a movie on the Daewoo bus LCD, so I called the hostess and asked us to provide the hands-free. She told me that she only had four which she has already given to people. I mean what’s the point of having four hands-frees for the bus having 35 passengers?

The overall journey of five hours was worst, and the lunch box I got was also not up to the mark for the money I had paid. It should be mentioned here that I had opted for super-luxury Daewoo that cost by 1500 rupees per person, which is a significant amount.

I came back on the same bus, and the experience was not good at all. Daewoo bus service is charging too much, but as a result, they are not providing services up to the mark. However, we cannot break this monopoly easily. If there is anything that I have liked about Daewoo, that is only their fake marketing strategy that has won many clients.

If we compare their marketing strategy with their services, there is no combination of both. They market their service with free internet facility, which is never available.

I believe it’s high time we should boycott this service who cannot spare some money for the maintenance of the bus. There are many other options available for travelling, so I am not using Daewoo any more. What about you people?