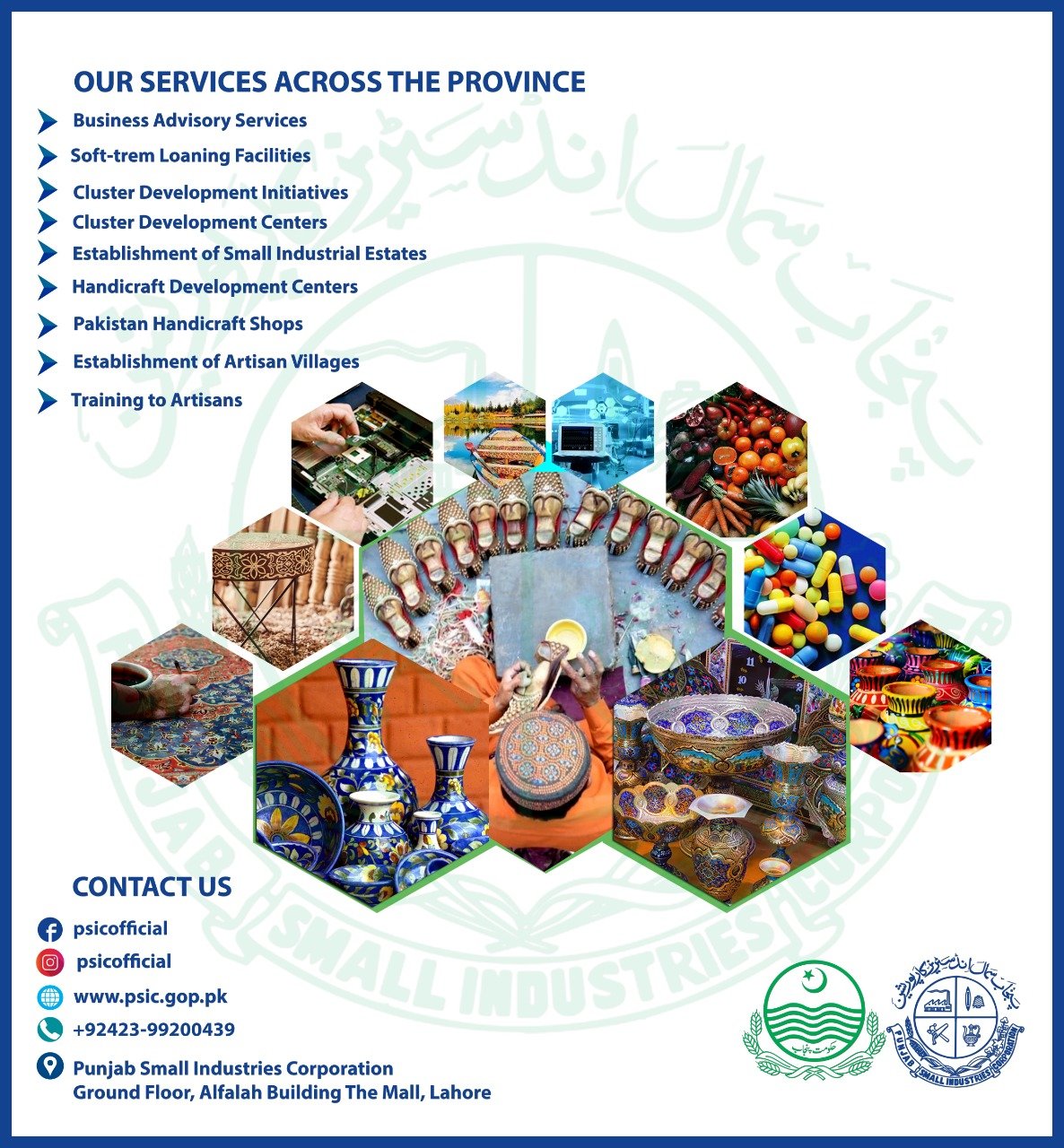 The PSIC delegation briefed the commissioner about the PSIC contribution for South Punjab,s women. Psic Extends the loan facility to the artisans of Bahawalpur division under the following Schemes. IFFA.

Commissioner appreciated PHS and Handicrafts Development Centre and soft terms loans and he said facilitating and promoting handicraft and revival of cottage industry is the backbone in creating employment. The commissioner said that Bahawalpur is renowned for its embroidery and Cholistan handcrafts and it represents our culture and traditions and play a vital role in promoting the heritage of the country.

You May Also Want to Read About: Provinces Look to Adopt Punjab Model for Digital Growth