khyber Pakhtoonkhwa Information Technology Board (KPITB) Launches Digital Freelancers Awards 2016-17. As the field of online freelancing is getting momentum these days and all over the world people despite of any age group are earning huge revenues while sitting at homes. It is an ever growing market worldwide and professionals from various fields are working as independent contractors for millions of clients online. Fr this reason, KPITB in order to promote this area has introduced Digital Freelancers Awards 2016-17 in the province of Khyber Pakhtunkhwa.

According to UN recent report:

Pakistan can further take advantage of freelancing and digital jobs as it has skilled youth and makes as the 4th largest freelancers base globally. Digital Freelancers Awards 2016-17 are the first ever government funded training program for freelance training. 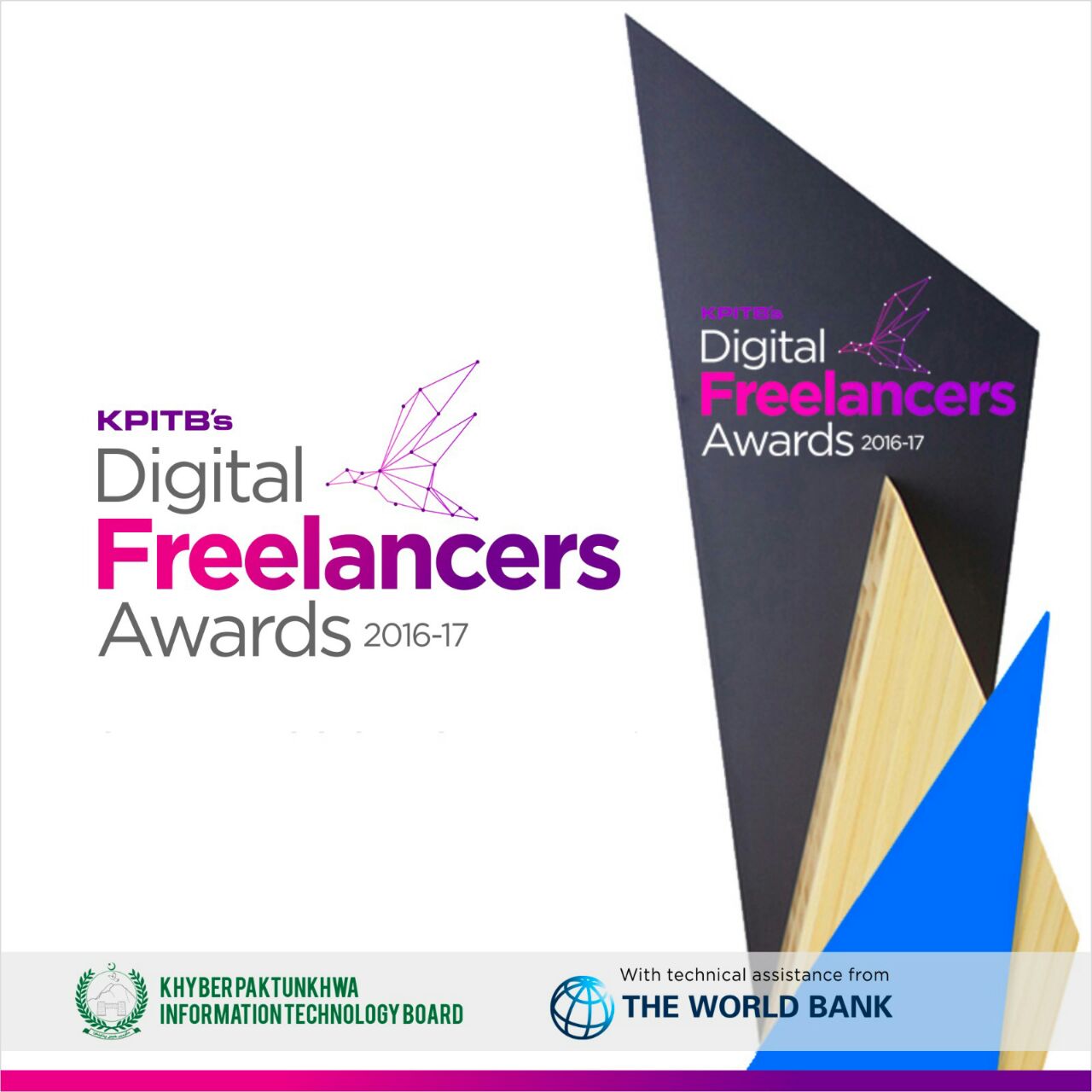 Prior to this, KPITB organized Youth Employment Program in 7 different districts of KPK and successfully trained around 1000 freelancers at firts phase. After which, those trained freelancers started working in different sectors in KPK and contributed through through their skills in the development of country.

Digital Freelancers Awards 2016-17 is now announced to award the efforts of those candidates working on different freelancing platforms along with freelancers from other provinces as well. The awards will be awarded in a ceremony held in Peshawar.

All freelancers of Pakistan are encouraged to apply through the form.

5. Three freelancers to be selected randomly by the Chief Guest