We all know that the Prime Minister Of Pakistan, Imran Khan is all set to gather a large amount of funds for the construction of Diamer Basha and Mohmand Dam. Prime Minister Imran Khan has asked Pakistanis to donate generously for this cause. Some media outlets claimed that PM Khan’s personal appeal did not work as the donations turned out to be very low. However, this was not the case. It was all due to the wrong IBAN that affected the donations for dam funds.

The social media team responsible for running official account of Prime Minister Imran Khan made a huge blunder. They mistakenly provided wrong information for the Dam fund account. The original IBAN for ‘Supreme Court of Pakistan Diamer Basha and Mohmand Dam Fund’ is PK06SBPP0035932999990014. However, the image uploaded on the Prime Minister’s official account missed the ‘p’ followed by SBP. 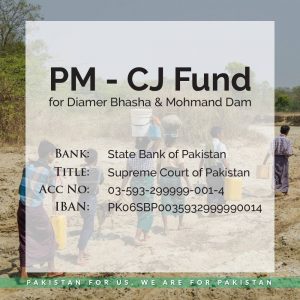 Due to this mistake, people were not able to donate the funds. 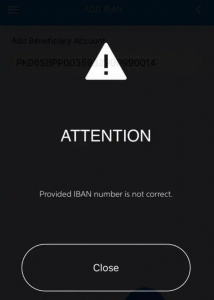 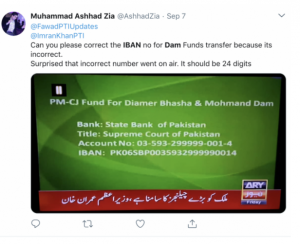 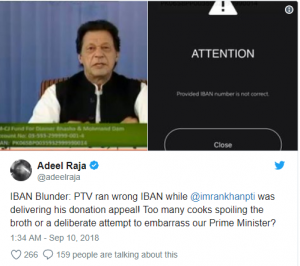 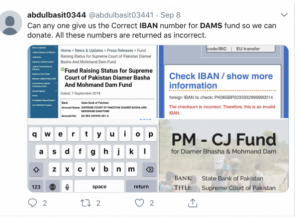 It was later found that the IBAN number provided was incorrect. The image uploaded on the Prime Minister’s official account by social media handlers missed the ‘p’ followed by SBP. This was the reason behind all confusion.

The social media claim that people are not responding to PM’s appeal was not true. It was all due to the wrong IBAN provided mistakenly. Now this problem has been rectified so, all the people who are interested in taking part in dam fund collection can now donate without any hurdle.

Also Read: How to Donate for Dams Through SMS