E-Challan is an electronic ticket charging system meant to detect any sort of violation of traffic rules. This system was established by the Punjab Safe City Authority (PSCA), Punjab Police Integrated Command, Control and Communication System (PPIC3). The initiative was test-run earlier to ensure optimum efficiency before its launch. Citizens may have received e-challans at their addresses due to the violation of rules. At that time, it was not implemented properly in the whole city. Now the PSCA and Punjab Police have decided to make E-Challan System operational in all areas of Lahore.

Implementation Of E-Challan System Will Start From 24 September

The CCTV cameras installed at the traffic junctions will monitor any irregular behavior in terms of wrong u-turns, breaking the signal or accidents which are often due to over speeding. These violations will be viewed by higher authorities. The e-ticket will be generated and sent to the culprit via courier service. In addition to that, the photo of the incident or the picture of the number-plate will also be attached to the challan. It will resolve all the questions the person responsible might have regarding his/her involvement. 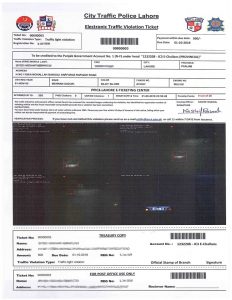 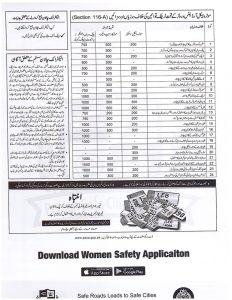 The Electronic Challan system will keep the records of the challans according to the date and place of incident. Moreover, the vehicle of the person who will keep on violating the traffic rules will be impounded. He will get his vehicle back once he pays all the pending challans. Moreover, the vehicle will be impounded according to the “provincial Motor vehicle Ordinance 1965″ on irresponsible behavior while driving.

If a person other than the vehicle-owner violates the traffic rules while driving, then the e-challan will be sent to the vehicle owner. The vehicle owner will be considered responsible for the incident. Furthermore, you can call on emergency helpline 15 to know more about the system and its working. So, from 24 September all the people residing in Lahore have to be more careful while driving.