Digitization has taken over the world by storm, and there is no department running without it. The same goes for election and voting systems. Pakistan is lacking way behind in this department. The things are handled here manually. But, the government is trying to bring a change. While the government is emphasizing the utilization of electronic voting machines (EVMs) in polling to ensure fairness, the Election Commission of Pakistan (ECP) argues that doing so will cost the country a lot of money. According to sources familiar with a recent discussion between officials from the election monitoring agency and the science and technology ministry, more than Rs200 billion in funding is necessary.

Statement of Election Commission of Pakistan

According to the sources, the meeting discussed the usage of electronic voting machines (EVMs) in polls. They indicated that the buying of EVMs and the related system will cost Rs150 billion to the government. According to the insiders, two ministry employees were unable to provide appropriate replies to the commission’s questions.

“Eight people will be needed to supervise eight EVMs at a single voting location, and these people will go to some other person to obtain data, implying that the task would be done physically,” they claimed. 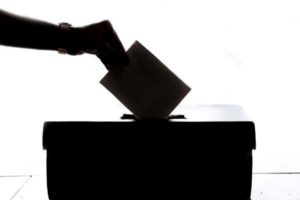 Elections for the Mayor of Islamabad

The commission stated that each polling station should have a backup power supply to ensure that the EVMs operate without interruptions. It stated that 3,900 EVMs are necessary for the voting of the mayor of Islamabad.

The ECP requested that the ministry provide at least 50 machines for election staff training. It demanded that the EVMs be procured in accordance with the Public Procurement Regulatory Authority’s (PPRA) norms and regulations.

You may be also interested in: No One Can Add You in WhatsApp Groups without your Consent