Despite the US ban, the company is not coming slow. Huawei keeps on seeding the updates for its handsets on a regular basis. Recently, we have come to know that EMUI 9.1 has started rolling out to the Honor 10 Lite and Honor 20i.

According to the latest reports, the new build is based on Android Pie. In addition to that, the latest update also brings in GPU Turbo 3.0 to the mentioned smartphones. Furthermore, the EMUI 9.1 Update also lets you set up video ringtones for specific contacts. You can also call AI-powered voice assistant by long pressing the power button after getting this new update. 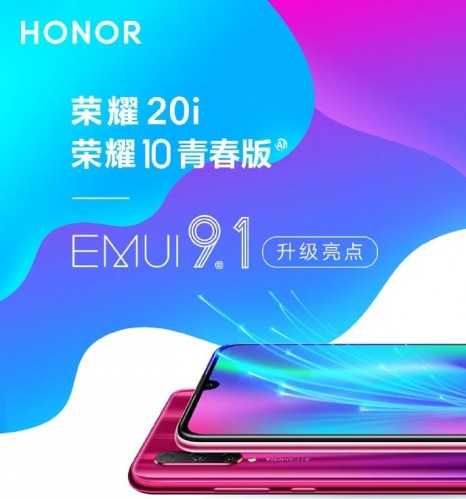 Moreover, this new update is rolling out in China right now. It is expected to make its way to all the users very soon. There had been no words regarding the global roll-out date yet. However, if you own one of these mentioned handsets and don’t get an update notification within a week or two, then you can try pulling the new build manually by heading over to your phone’s Settings as well.