The next big wave of Galaxy phones from Samsung is quite a while off, but that doesn’t stop the business from stirring up hype-even for the chips that will power those phones. Reports are that Samsung will tease for its Exynos 1080 chip on November 12.  Besides the built-in 5G (already present in the 980), there’s very few detail in the teaser about the chip, but Samsung has already provided a few hints as to what to expect. 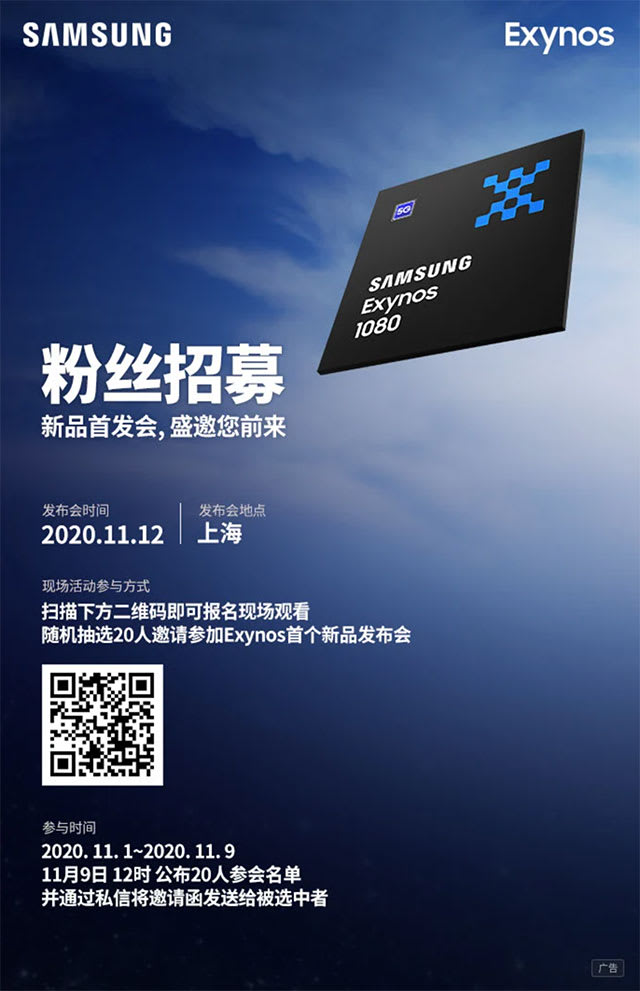 This may be the most significant chip from Samsung for the next year. While, amid the pandemic, the company’s mobile earnings have risen, it still faces a market where economic turmoil will affect how much consumers are able to pay. In other words, users would be more likely than a flagship smartphone using the Exynos 990’s replacement to purchase a mid-range handset (and hence the Exynos 1080 chip). It makes sense, in that context, to create buzz for a chip that would be relatively commonplace.