When all big companies are announcing their quarterly reports, Facebook also jumped into the race. Now, Facebook Announces Q1 2017 Report with 49% Increase in Revenue. Facebook now has 1.9 billion monthly active users which give a tough competition to its rivals.

Other than increase in the number of users, Facebook also showed increase in its revenue. Here are some key points of Facebook 1st quarterly report of 2017. 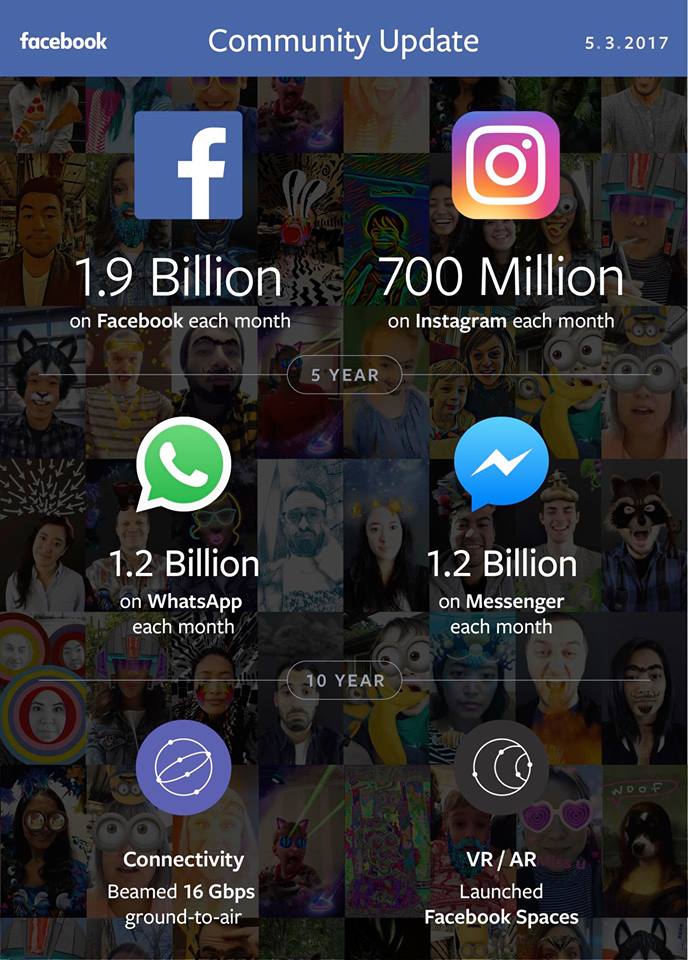