The company has come under fire for suppressing and withdrawing comments and articles that condemn Israeli brutality against unarmed Palestinians.

Soon after realizing that their voices were being censored, Facebook users began rating the site one star on Google Play and Apple App Stores, with messages about Israel’s abuse, forced evictions, and how the platform is censoring their views.

Facebook has been accused by users of promoting Israel and its colonization of Palestinian lands, prompting calls for a boycott of the social media giant over what they call its skewed Palestine stance.

On the Google Play store, the Facebook app ratings for smartphones currently has a ranking of 2.5. The social media powerhouse has a 2.4 ranking on Apple’s App Store.

Over the last few days, it has fallen from 4.5. On these stores, people give ratings to mobile apps based on their success and features. 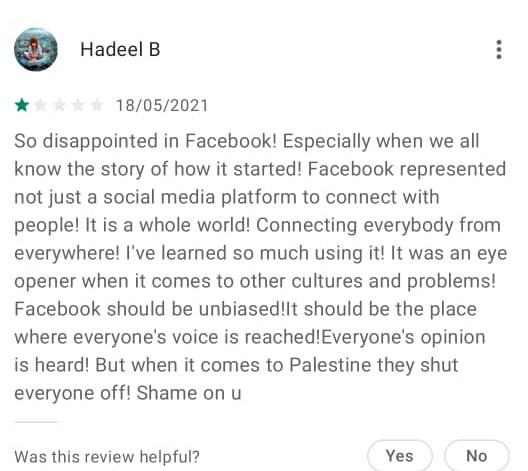 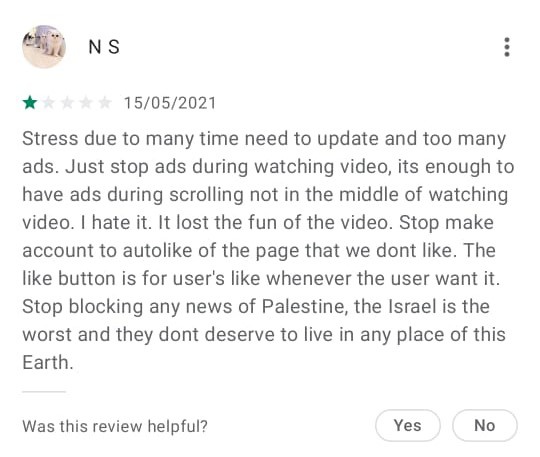 Apart from removing content, Facebook seems to have been involved in an Israeli effort to censor Palestinian narratives, as it created a page called “Jerusalem Prayer Team.” What’s more surprising is that the site automatically liked pages from accounts of users who had no idea the website existed. 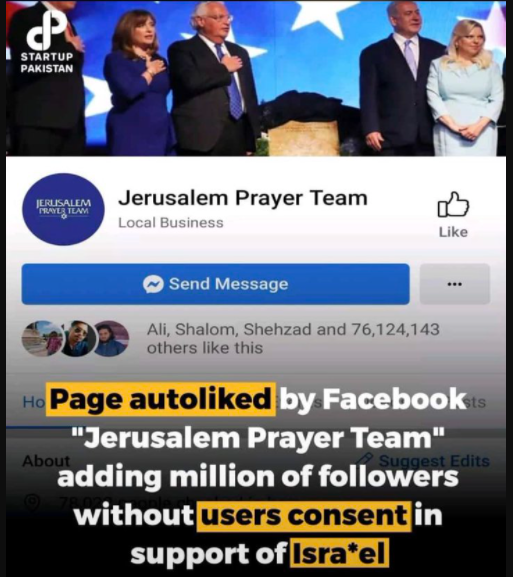 Hundreds of social media users have even accused Instagram and Facebook of deleting posts and pages that were covering the Sheikh Jarrah unrest.