On Sunday it has been revealed that Facebook has started blocking certain hashtags related to drugs on the social media site. The company has cracked down drug hashtags on Instagram such as #fentanyl, #oxycontin, #opioids and more.

On Sunday a search for #oxycontin came up with no results, while a search for #fentanyl or #Xanax continued to retrieve a comparatively small number of images but also there was the message that recent posts “are currently hidden because the community has reported some content that may not meet Instagram‘s community guidelines.” 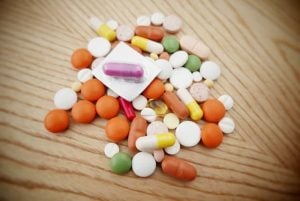 This step is taken after few days when FDA commissioner Scott Gottlieb criticized social media companies for not doing enough to prevent their sites from being used to sell opioids.

Wednesday the agency would be inviting the CEOs of major internet companies to a summit to discuss the tech industry’s role in the opioid crisis. The agency found offers to purchase opioids on a number of social media sites, including Instagram, Facebook, Twitter and Reddit. I know that internet firms are reluctant to cross a threshold, where they could find themselves taking on a broader policing role. But these are insidious threats being propagated on these web platforms.”

CEO Mark Zuckerberg also said to reporters that there are 15,000 people currently working on content review and security and it is expected to grow to 20,000 by the end of the year.

This is not the first time that the Instagram has stopped such type of content. In November 2013, Instagram has also cracked down similar hashtags people used to sell drugs.