There had been a lot of reports that Facebook is working on a new feature that will let you know about the time you spend on its App. This feature had already been launched by other social messaging Apps like Instagram. Previously, Facebook announced to roll out this feature in August but that didn’t happen. Now, this feature is available for all Facebook users.  Facebook Dashboard shows a graph that lets you know how much time you spent on the App.

Facebook Dashboard Lets You Know Time You Spent Over Past Week

In order to access this feature you have to do the steps written below:

That’s it. After doing so, you will be able to see a graph that will let you know about the time you spent on Facebook. In addition to that, you can set a reminder. If you will cross the daily time limit, the reminder can alert you. In this way, you can manage your time you used to spend on Social media. 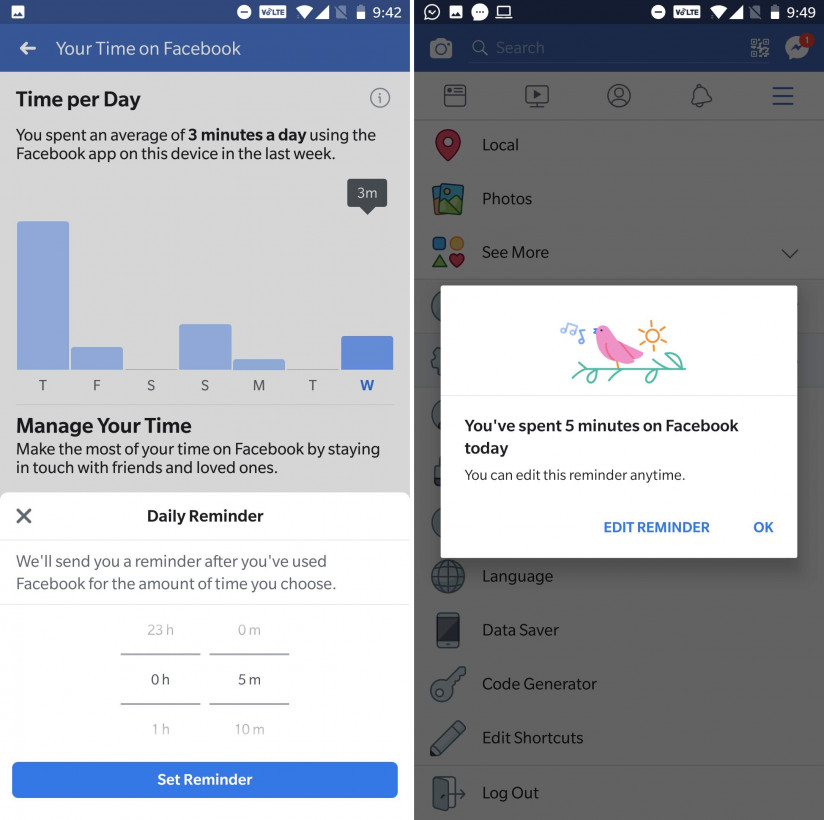 Facebook keeps on introducing new features to engage their users. A week back, due to the growing trend of short, fun videos Facebook launched a similar App named Lasso. Facebook’s Lasso is a new standalone App that seems to be a TikTok clone. Lasso is a standalone App similar to TikTok that allows users to make short fun videos. Facebook has basically introduced this App to become famous among teenagers as it has lost its popularity due to some issues in the past few months. Using this newly introduced App, Lasso, users can record themselves dancing and lip-syncing to music. It is exactly the same as they already do on TikTok.