Social media platforms like Facebook, Twitter, Skype, Instagram etc are gaining vast popularity among the masses in Pakistan. These days almost every incident or issue is found on these mentioned platforms as the general public raise their voices, opinions, experiences, suggestions and feedback on them.

Similarly, the recent PIA’s sacrificing a black goat before flying the ATR plane has been viral on different social media platforms as well. PIA’s Studipity: Even Facebook Filters the PIA Kurbani Picture.

As the news got viral, we noticed that later on the picture of goat kurbani appeared as filtered by the Facebook itself. Firstly, that it contains mature content and must not be watched by the children etc.  Secondly, we can also assume that this act of PIA is such a stupidity that an aircraft company is flying its flights while solely relying on such things. But unfortunately, the poor goat did not help PIA, the flight crashed and took lives of 45 innocents. 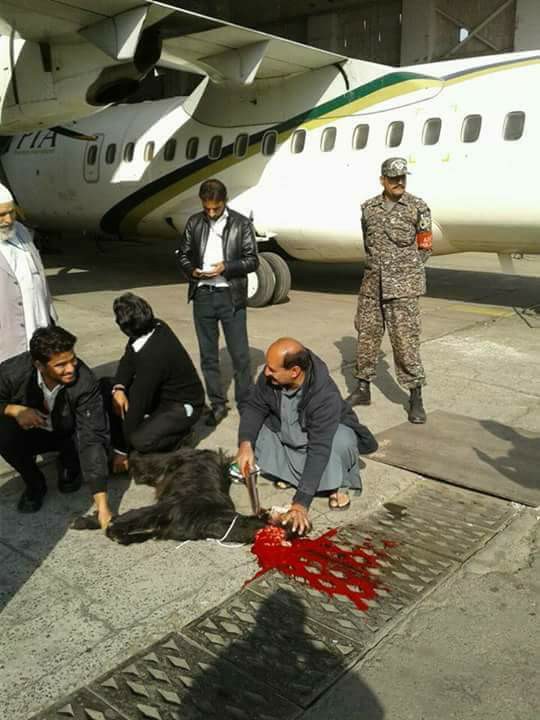 Later on PIA officials made it clear that it was not a management-level decision.