The new logo “reflects a change to the future of communications, a more vibrant, enjoyable, and integrated way to remain linked to the people you’re near to, according to the brand.” One might even say they added a gradient of purple to blue, but that doesn’t sound just as fancy. 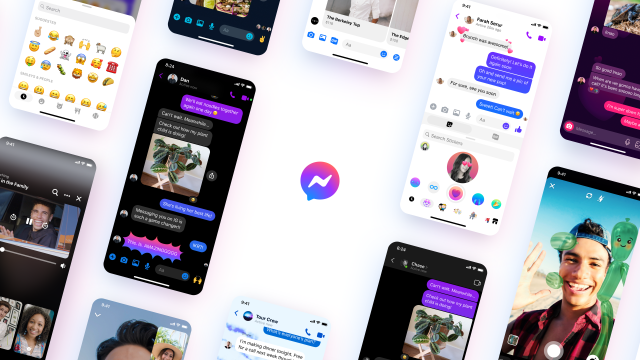 Messenger is being given a fresh look by Facebook. A updated version of the app is being rolled out, which has a more colourful logo and new default chat colour, extra chat themes (such as love and tie-dye) and personalised reactions. The new look represents a transition to the future of messaging, as Facebook wrote in a blog post, a more interactive, enjoyable and integrated way to hang out with your favourite people on your favourite apps and devices.

The update was announced in September by Facebook as its biggest messaging integration yet. While Messenger also allows users to view videos with peers, Facebook is working to further link users. As compared to more public channels, the move is part of CEO Mark Zuckerberg ‘s strategy to rely more on private messages.