Mark Zuckerberg, Facebook CEO, has announced its third quarterly earnings of Facebook and its related social network platforms of 2015. He thanked the Facebook users for being a part of it and for helping to connect the world.

Monthly active users, or MAUs, rose 14 percent from the previous year to 1.55 billion, as of Sept. 30. Mobile MAUs came in at 1.39 billion, and both narrowly beat analysts’ expectations. 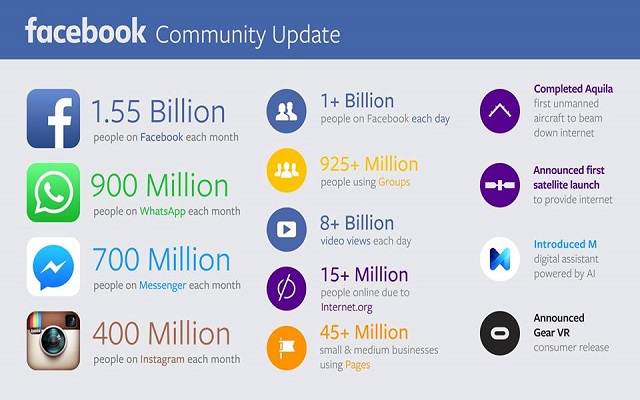 Advertising revenue jumped 45 percent from the prior year to $4.3 billion. Mobile ad sales accounted for 78 percent of that, up from 66 percent in the prior year.

“We think we have the best mobile ad product in the market. We’re able to target, we’re able to measure. We have broad scale,”

The report also stated that facebook has greater number of users each month as compared to WhatsApp, Instagram and Messenger.