Mark Zuckerberg, Facebook CEO, has announced its second quarterly earnings of Facebook and his related social network platforms of 2015. The CEO, Mark Zuckerberg, said on his Facebook page that the world is growing closer together, with each generation. He also thanked the Facebook users for being a part of it.

As compared to first quarter report, Facebook users increase from 1.44 Billion to 1.49 Billion in the second quarter. Facebook said it saw monthly active users (MAUs) of 1.49 billion for June, with 1.31 billion MAUs on mobile. 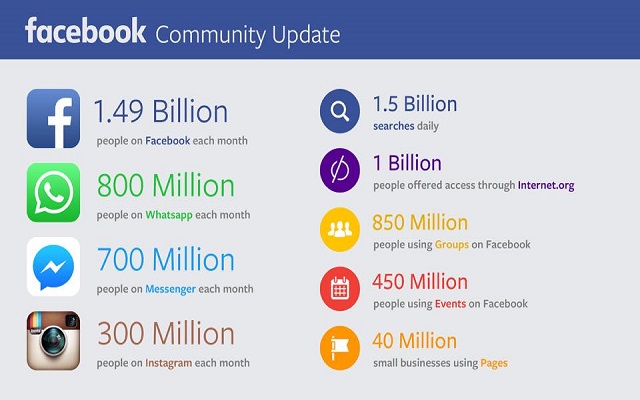 Expenses in total came in at $2.77 billion which is greater than 82 percent from the same period last year. Facebook said its average revenue per user (ARPU) was $2.76, with an advertising ARPU of $2.61. Both figures beat Wall Street expectations of $2.70 and $2.53, respectively.

Facebook is also preparing for the future as the company said it spent $1.17 billion on research and development for the quarter—up from only $492 million in the year-ago period.