San Francisco Company, Five Labs has revealed a tool that analyses your Facebook statuses to tell about your personality.

A web tool now lets you see just what your status updates reveal about your personality. The intuitive site analyses words from your posts to show you what sort of person you are, and then compares your traits with friends and celebrities. This tool is called Five Labs and predicts users’ personalities based on their Facebook posts. It was built as a demonstration of how today public social networks can analyses user content, according to the company.

The tool uses an artificial intelligence method designed by Dr. Hansen Andrew Schwartz, a lead researcher at the University of Pennsylvania’s Worldwide Well-Being Project, and an adviser to Five.

The application’s predictions are based around the Big Five personality traits i.e. extroversion, openness, neuroticism, conscientiousness, and agreeableness.

[blockquote cite=””] Five Labs examined the personality of some of the famous personalities like President Barack Obama and Facebook CEO Mark Zuckerberg.
[/blockquote] 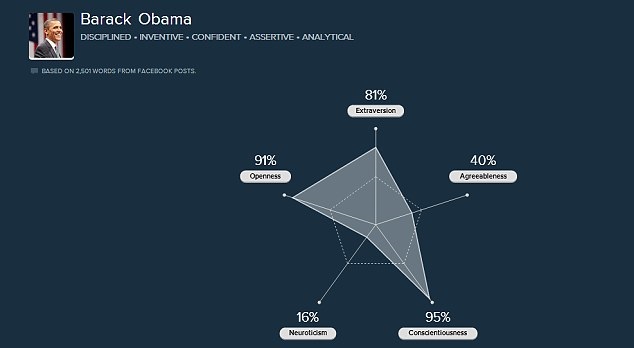 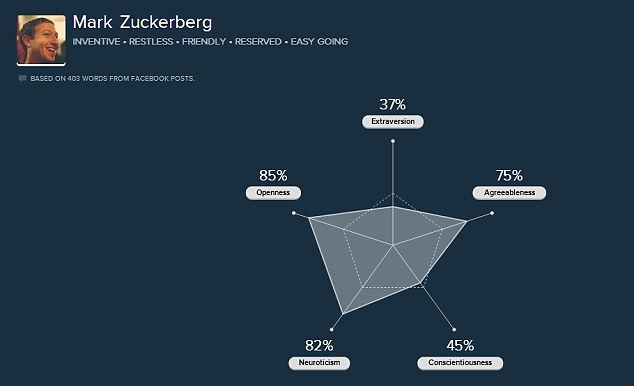 Think of this as a personality snapshot,’ says Bier. ‘It’s all for fun, but we’re also hoping to educate.
‘People need to ask themselves a profound question: “how does my data portray me on public networks – and how might that be used?”’