Recently, Facebook has shared details that Facebook pulled down 1.3 billion fake accounts last year from October to December. Already, more than 12 million content on COVID-19 has been deleted and vaccinations wrong information that world health professionals marked as misinformation, removed by Facebook.

“We take a tough stance against the wrong activities and block millions of fake accounts every day. We have taken down more than 1.3 billion of them during the time period of October and December 2020, ” Says Facebook, a social media platform. 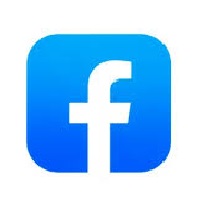 Facebook regularly scans content, including in private groups, using artificial intelligence to detect pages that are constantly breaking the rules or involved in violation of the standards of Facebook.

Last year, over a million groups, were suspended because of hate policy violations. Also, about 1.5 million content in groups has been deleted from Facebook for violation of its hate policies, 91 percent of posts were identified via automated software systems.

During the same time span, approximately 12 million data was removed from the groups by the largest social network for breaching hate speech policies, 87 percent have been pro-actively identified.