Facebook has been ramping up its video offerings with original shows. Facebook announced new formats including interactive game shows, quizzes, and polls this week. Recently, Facebook unveiled that it is going to roll out its Watch video service globally. The Facebook watch video service has already been available in the United States for more than a year. Now the company has decided to make this service available for all the users worldwide.

The social media company, Facebook announced that the VOD service will be available everywhere. It will give creators an alternative to YouTube around the world. While discussing it, Facebook stated that:

“We are supporting publishers and creators globally in two critical areas: helping them to make money from their videos on Facebook and better understand how their content is performing”

Facebook launched the Watch Video service when people were changing their video viewing habits away from traditional television to online platforms including Netflix and Hulu. Moreover, nowadays more people are inclined to watch both professional and user content. This is the reason why Youtube is more popular in content creation. This Facebook’s watch service will be a good alternative for the international creators. 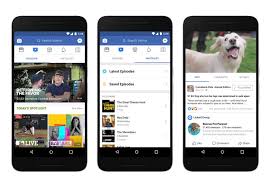 This announcement showed up two weeks after Facebook revealed that it would broadcast for free Spanish top flight division football matches in the Indian subcontinent, and Champions League matches in Latin America.

“Contents that we fund are a very small part of the contents available on Watch. We remain confident that monetization will help in creation”

Facebook had spent a lot of time in developing tools. The company wants to help the creators of videos in integrating ads themselves. Monetization will definitely help in creation.