Among the other enhancements coming to FaceTime is a new grid app that packs in support for spatial audio to make the experience of chatting to anyone feel more immersive. Additionally, there’s a feature dubbed “portrait mode” that will blur the backdrop, and an audio toggle that will enable you to pick whether your iPhone’s microphone catches only your speech or everything that’s happening. 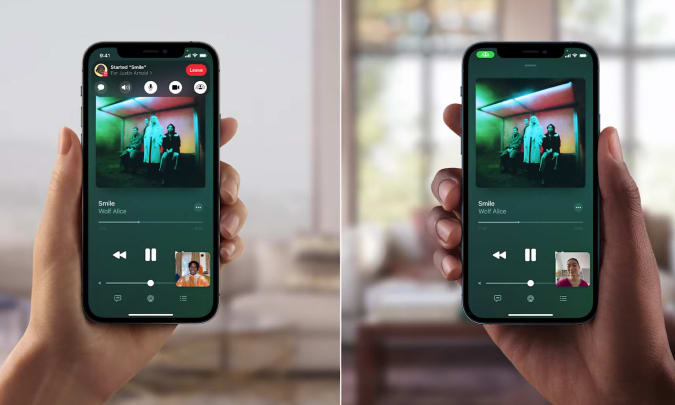 Over FaceTime, SharePlay allows you to view TV episodes, TikTok videos, and other media with pals. Disney Plus, ESPN Plus, Hulu, HBO Max, MasterClass, NBA, Paramount Plus, Pluto TV, TikTok, and Twitch are among the first partners. During the pandemic, virtual viewing parties grew popular, and SharePlay delves deep into this. Apple appears to be attempting to turn FaceTime into more of a social platform than just a tool to make quick video calls to your family.

FaceTime is just one of the many key iOS apps receiving a makeover in iOS 15. New versions of Messages and Maps were also shown off by Apple. Apple didn’t give a specific date for the update, but it’s expected to arrive later this year.