On 28-09-2019, we came across the accident witnessed by Faisal Movers having passengers on way to Rawalpindi from Lahore. Many people got injured and some of them even died. Everything was normal but when the videos of the cameras installed in the vehicle were released, there were quite shocking. The only reason that made me write this blog is that when I watched the videos I realized less damage could be done if the proper precautionary measure were taken. Faisal Movers Accident has opened our eyes. First, let’s watch the video and then I will be discussing each and every point one by one.

By posting videos on our platform, we really do not want to target any company or any individual person. Instead, the sole reason for posting the video here is to give a message i.e. don’t forget to take these steps when you are on roads.

As we can see in the video, it’s raining outside and as we all know that roads will be entirely slipper. Every now and then we keep on looking at the signboards on motorway asking us to reduce our speed when it’s raining. One should reduce speed by 1/3 on wet roads as when it’s raining the roads are extremely slippery and can cause huge loss. For instance, on the motorway, if the speed limit described is 120mph than on a rainy day it should be 60mph. (Source: FMCSA)

One should not change lane unnecessarily in rainy weathers as it only causes the vehicle to slip on roads and get out of control. This thing can be seen in the rear camera recording that the driver changed the lane after which the bus got out of his control. 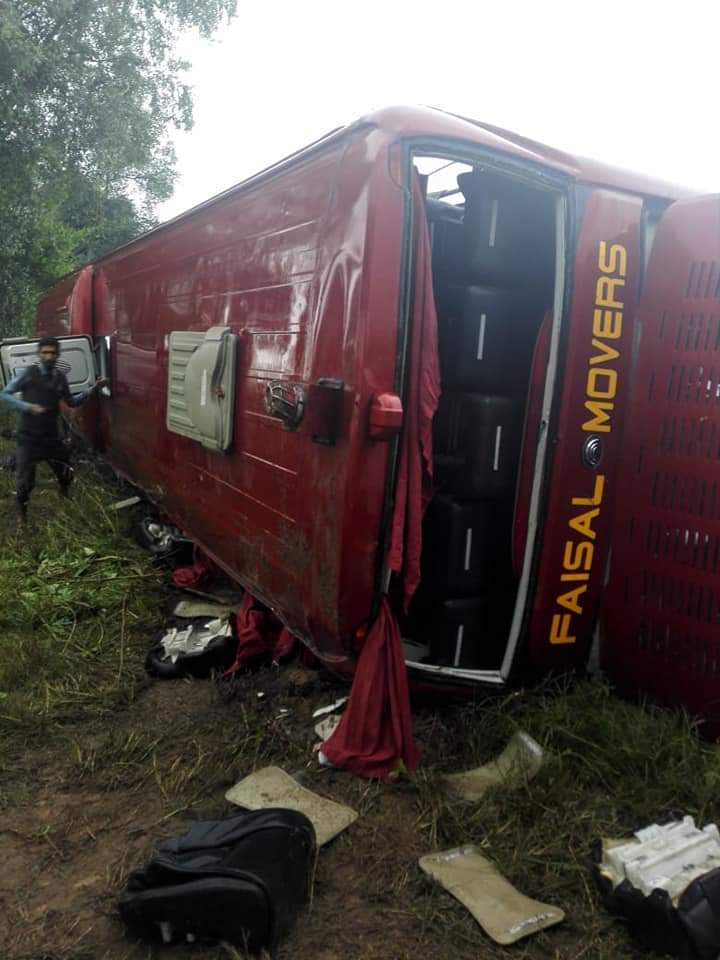 Well, this was the first aspect. However, if we look closely in the video none of the passengers is wearing a seat belt due to which when the bus crashed all people flew towards the windscreen with a jerk. For instance, if everyone would be wearing seat belts, these injuries and deaths could be avoided. Only the driver on the bus was wearing a seat belt which is one of the reason that he is safe. Well, this incident poses a question on Faisal Movers. Don’t they ensure that their passengers and drivers have adopted the all precautionary measure?

With this question, I will be finishing my blog with a request that when you are driving a commercial vehicle, you should know that there are many lives that are dependent on you, so please make sure that you make you passengers wear seat belts.