Reddit has halted its TikTok-like site, Dubsmash, the social network said on Tuesday. After February 22nd, 2021, the Dubsmash app will no longer be accessible on the Apple App Store or the Google Play Store. Additionally, the presently installed apps will cease to work on the same day. In December 2020, the firm bought Dubsmash with the intention of integrating its video production capabilities into Reddit.

TikTok’s tremendous popularity with short clips has prompted other social networking sites to adopt the concept, with Snap Inc introducing Spotlight, Facebook introducing Instagram Reels, and YouTube introducing Shorts. As part of the integration, Reddit recently announced the release of new video production tools, including the ability to modify recording rates and set a timer. A new customization screen with text stickers, a drawing tool, and filters is also being added by the firm. Users may now even add voiceovers to their videos.

Also Read: Spotify, like other Apps, is Releasing a Video Option, Similar to TikTok

The Famous Dubsmash Application to Cease Operating as Notified By Reddit 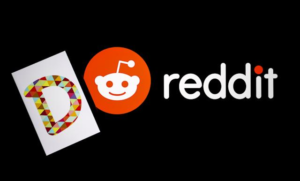 Reddit launched a video feed option for iPhone users in August, which displays a stream of videos in a style similar to TikTok’s. When shown a video, viewers may now like or dislike it, comment on it, reward it, or share it. Users, like TikTok, may swipe up to watch another video or the stream from other subreddits to which they are subscribed. The new video stream debuted at a time when Instagram’s Reels feature and Snapchat’s Spotlight tool were still gaining steam.

According to the company’s blog, the Dubsmash team has been speeding Reddit’s video, so sections of Reddit will seem familiar to Dubsmashers.

Reddit reported a 70% increase in overall hours viewed since the acquisition of Dubsmash, as well as a 33% increase in daily active video watchers.

Viewership of short videos, defined by the corporation as two seconds or less, has also increased by 50% quarter over quarter.

You may be also interested in: Xiaomi MIUI 13 New Update will Release in December, Check Compatible Devices