Samsung is going to launch its new Galaxy Note5 which is bigger and better from its previous version. The launch is planned to be done on 13th August 2015 in New York City with Fawad Khan. Fawad Khan will be the guest who will reveal Galaxy Note5 and its features.

[pull_quote_center]“Samsung has always been at the forefront of mobile industry and continues to maintain its leadership through innovation, and being the first to market. The smartphone industry is driven by technology innovation. Higher quality screen, more powerful processor and an exciting new camera. This innovation has opened limitless new opportunities in our life.We created the Note category. The original Galaxy Note large screen and the iconic S Pen set a new standard in smartphone culture”[/pull_quote_center] 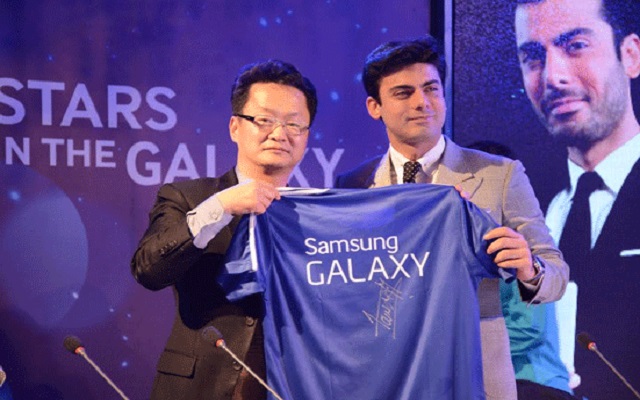 Earlier Fawad khan endorsed Samsung’s Galaxy Grand Prime – the ‘Grandfies’ phone. That phone caught the attention of many, making it a popular phone. This time, Samsung continues to keep Fawad Khan as the brand’s face and is expecting that its Note 5 will be a big hit.

Fawad Khan Expressed in an interview:

[pull_quote_center]“Samsung keeps raising the bar and innovating with every new product. Galaxy Note series is by far an industry leader. The fifth generation of Note is something I am personally looking forward to and as the Brand Ambassador of Samsung I am excited to unveil the new Note.” [/pull_quote_center]

Galaxy Note 5 would be Samsung first handset that will have an all-in-one ePoP chipwhich means that it will be having new processor which is called as Exynos 7422. Note 5 will be expected to launch in four different colors Silver, Gold, black and White.