A cut in the South East Asia-Middle East-Western Europe 4 (SEA-ME-WE 4) fiber cable has been reported leading to a degradation of internet speed by 60 % in several countries including Pakistan.

[blockquote align=”right”] Internet service is being provided through a substitute cable in the region.
[/blockquote] 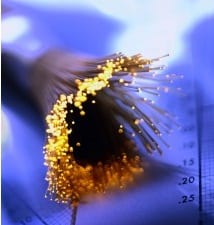 The optical fiber cable system is the primary internet backbone between Europe, Middle East, Sub-continent and Europe.
A time-frame for restoration is no yet known.