As we already informed our readers about the revival of Nokia company in smartphone business after HMD Global bought it and has also announced to launch few of its smartphones in Mobile World Congress (MWC) 2017. The upcoming smartphones under “Nokia” name are rumored to have 5.5″ and 5.2″ QHD displays and some extraordinary features at an affordable prices as well. Reports also suggest that these Nokia smartphones will be all-metal devices and will be powered by Qualcomm’s Snapdragon 820 processors and will run Nokia’s own Z Launcher for Android. For this reason, Nokia is quickly manufacturing these smartphones in order to lunch them on the mention date in MWC 2017. The very first smartphones of Nokia successfully passed the Compulsory China Certificate (3C) just yesterday. First Nokia Android Phone Passes China Compulsory Certification. 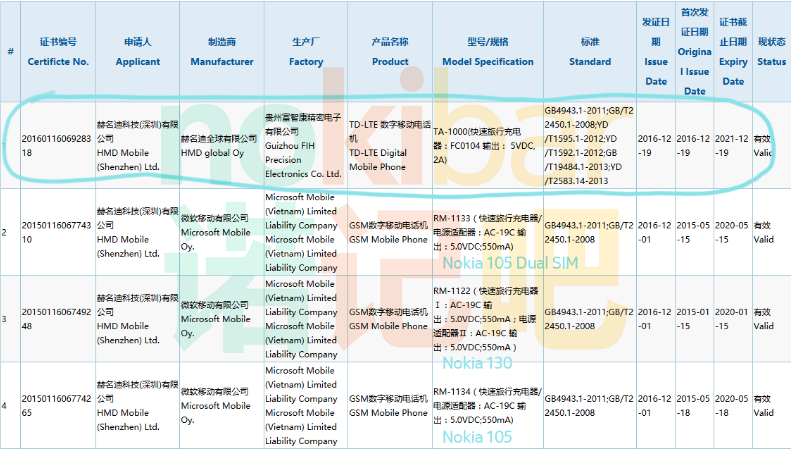 Many leaks are coming these days about Nokia as the world is aggressively waiting for the comeback of pioneer of mobile phones brand. This leak of 3C is further ensuring the revival of Nokia.

Also Read: Nokia all set to Bring Affordability & Reliability Together