Revolutionary food ordering mobile app foodpanda has added a new feature for its customers in Pakistan. The mobile app now includes an option of “Group Order” which allows more than one people to place order at the same time using single basket.

[pull_quote_center]Group Order is a simple way to further reduce the hassle. For instance, you’re in a group of five people who wish to order from KFC at the same time but two among you are not physically present, let’s say, stuck in a traffic jam. That is when you make use of the feature and allow the missing pair to place order by sharing your basket with them.[/pull_quote_center]

One person logs into foodpanda mobile app and sends invitation to other friends to place order with him/her. There are two ways to send invitations. The “group leader” can either send direct invitation in the form of hyperlink or share a unique code provided to him on screen. The recipients receive invitation through Text Message, WhatsApp or other means of cellular communication.

Next, using the code/invitation link, all participants arrive at restaurant menu. Each participant in the group can now add his/her own items in the basket which will be added to the single basket. Order confirmation via SMS, email or call will be received by the group leader. 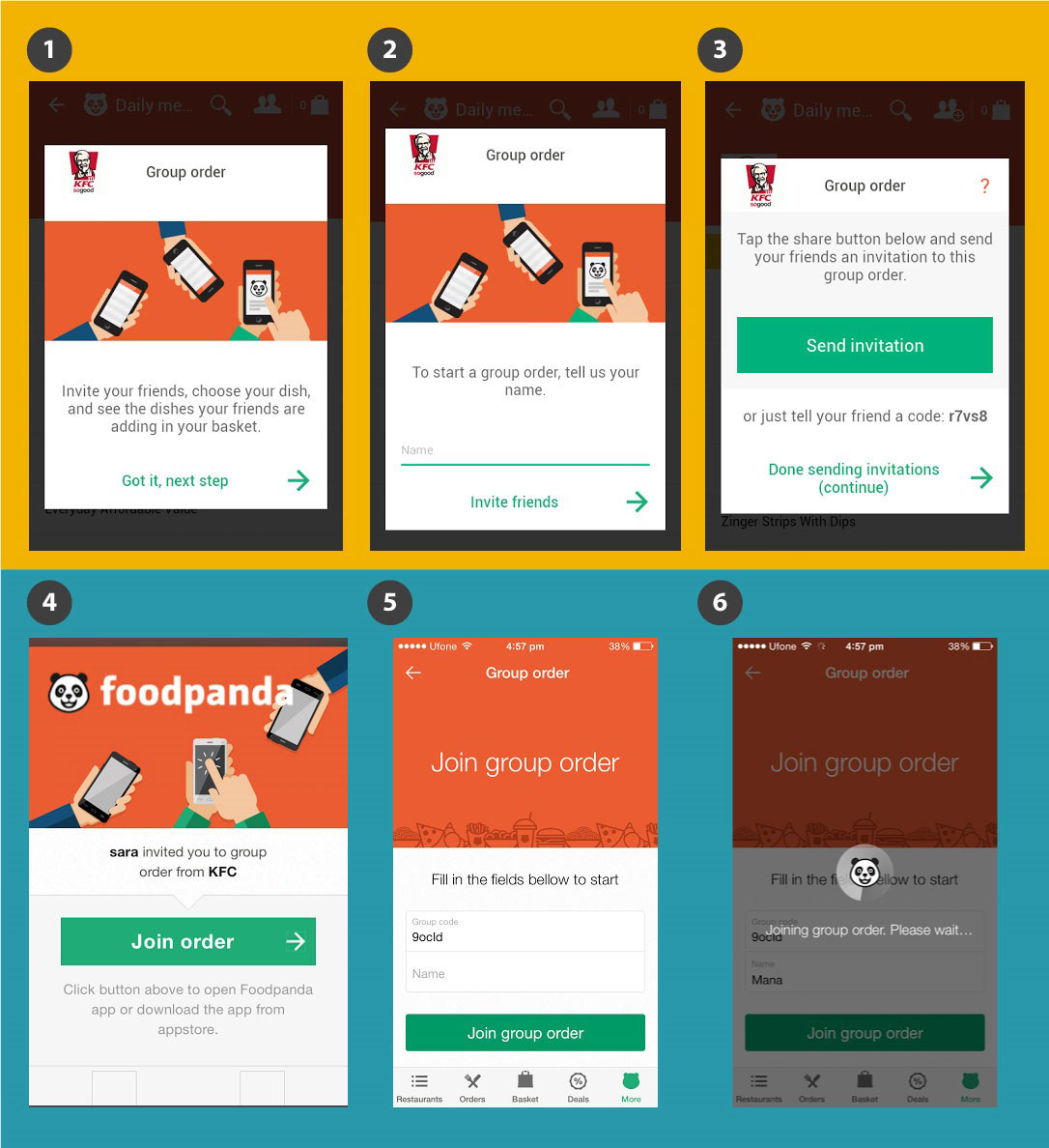 [pull_quote_center]The purposefulness of Group Order is high when one finds himself in situation where a very large group of people want to place order. That is often experienced at workplaces. So, using Group Order you can continue to focus on your work while your colleagues take ample time to decide on their lunch.[/pull_quote_center]

foodpanda mobile app currently ranks no.1 in iOS and is available for download at Google Play Store, App Store and Windows Store.