Fortnite Chapter 3 is almost arriving, and fans are eager to see what Epic has in store for them. The community anticipates that the game will undergo significant changes. For the game, a few expected collaborations has been confirmed. However, considering Epic Games’ fondness for crossovers, more are sure to arrive in the following weeks.

I don’t wanna hear “we have enough Star Wars skins” when I say we need more Star Wars skins in Fortnite, 5 of them were in the Item Shop LAST YEAR during May The 4th those 5 being apart of “The New Trilogy” set and Imperial Stormtrooper last December, they haven’t dropped since. pic.twitter.com/QSDsJCRkNq

Darth Vader and C3PO are both iconic characters in the Star Wars universe. Considering their opposing characters, having them in Fortnite Chapter 3 would be rather entertaining.

The inclusion of Game of Thrones characters and clothing is one of the biggest leaks surrounding Fortnite Chapter 3. Several data miners revealed that Dragons from the famous TV show will appear in Chapter 3, and players will be able to ride them for an aerial advantage. 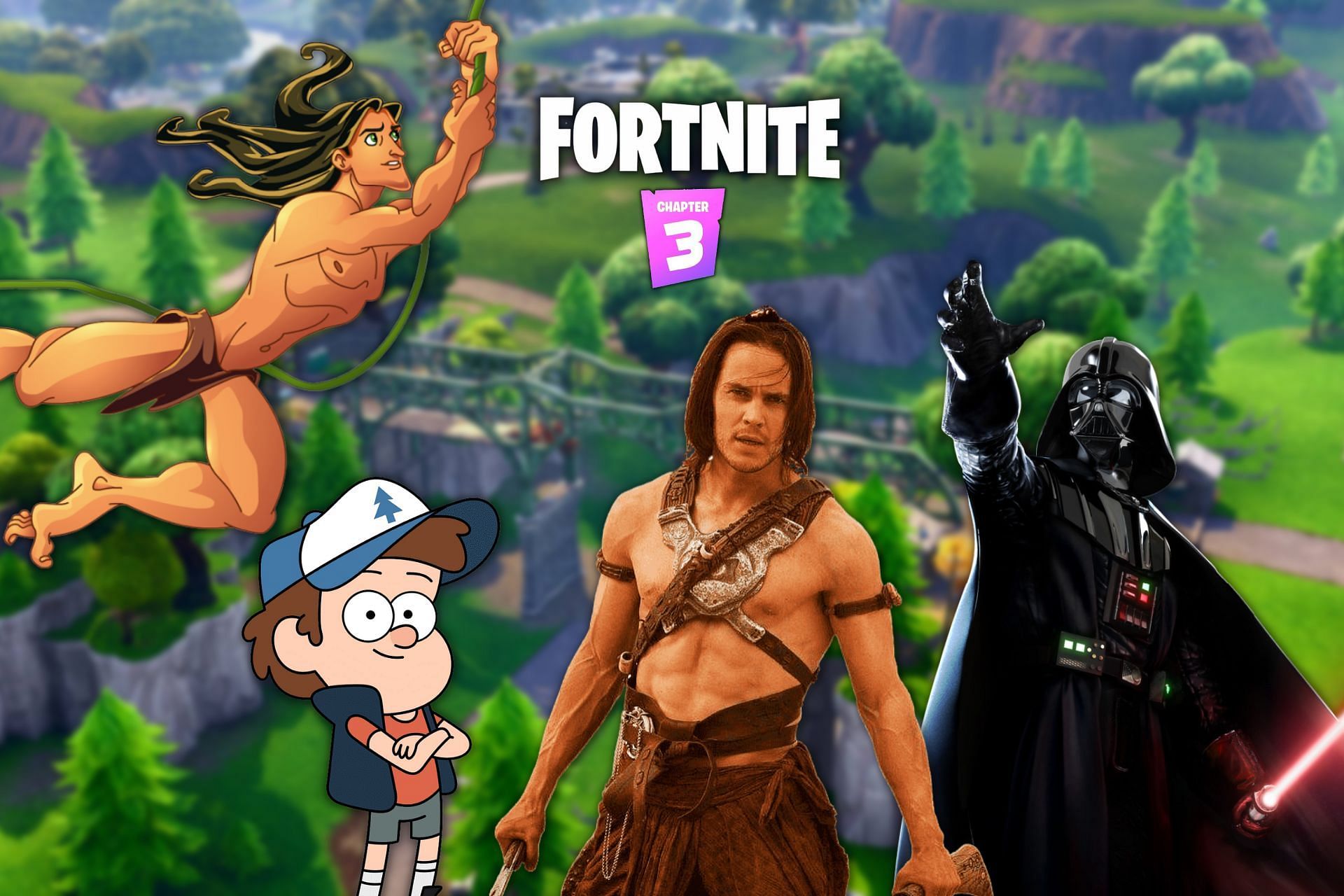 Tarzan and Jane would be a fantastic addition to Fortnite Chapter 3. With the addition of a whole new area to the game, having these two old-world skins would be a visual delight.

EXCLUSIVE: Doctor Strange is coming to #Fortnite, no idea when but my source told me just there. BIG stuff! 🔥 pic.twitter.com/qyCKHTUeW7

Doctor Strange, along with Spider-Man, will be arriving in Chapter 3 Season 1 according to data miner @FortniteZonee. The Sorcerer Supreme will play an important role in the forthcoming Marvel film, and Epic is quite likely to add another Avenger to the Marvel superhero roster.