Fortnite Zero Build is a more tactical variation of Fortnite Battle Royale that is played at a faster tempo. This implies that players are unable to construct floors, stairs, or barriers. If you’ve ever played Battle Royale and disliked construction, we’ve got you covered!

Fortnite recently released a brand-new game playlist that removes the game’s primary mechanic: building. That came as a surprise, especially if you’re used to seeing films of players erecting two-story palaces in a matter of seconds. While clips like these have always gotten people’s attention, they’ve also made the game intimidating for newcomers who don’t know how to create.

To get the most fun out of the game, players were required to either workaround or master the feature. That is until Epic made one of the best moves of all time and created a mode for “the big kids” who just want things to be between you, me, and my firearms. It has improved the game for all players, both casual and dedicated. 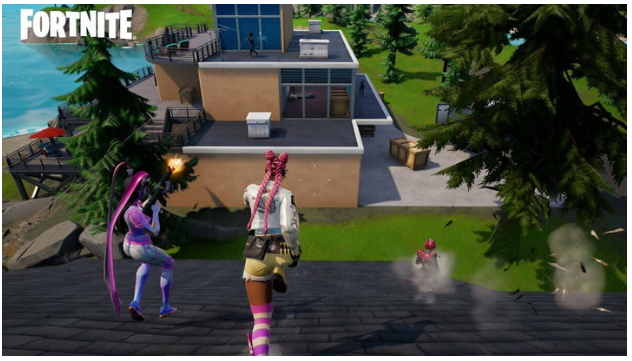 The launch of Fortnite’s Zero Build mode drew a lot of attention from players. While the majority of the hype came from part-timers and casual players who couldn’t catch up with the high-skill build meta, pro players also expressed interest. Upshall Games and Ninja, two Fortnite fanatics, have lauded the new mode and now play it nearly exclusively. Epic Games managed to make everyone happy with a game-changing innovation. It has players wondering why a mode like this wasn’t present in the first place.

It appears that the Fortnite team has been intending to remove Zero Build since the game’s movement was first updated.