Keyboards have come a so far in the last two years; Apple’s best laptops have an integrated fingerprint scanner and a configurable touch bar. And what if every single key on the MacBook keyboard was a little bit of a display as well. The U.S. Patent & Trademark Office has awarded a patent to Apple for a “multifunctional” Mac keyboard that is equipped with a small display for each key.

This configuration would make sensitive keys to light up when pressed or show if the option, command or control keys are pushed. The keyboard may also be redesigned to best match the gaming interface, or to turn from one language format to another. 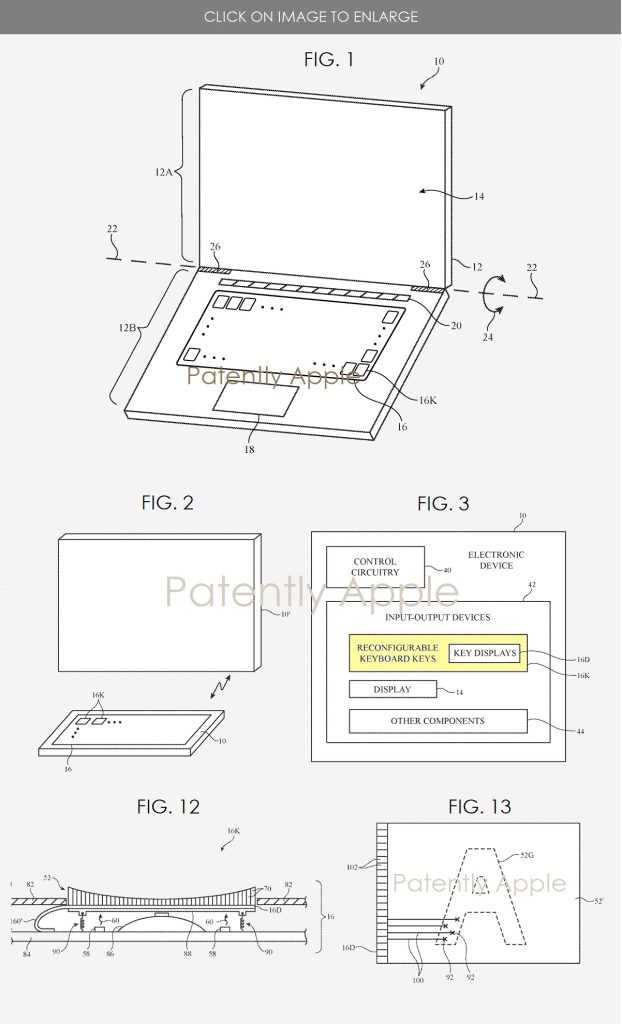 Apple has previously filed related patents, but this one is unique because the technology is intended to work with physical keys, which means that it may be build on a keyboard similar to the one that Apple is actually using on its Mac. There is no news on when (or if) this is really going to happen, however.

These displays are not supposed to have better definition or other luxurious specifications, since they should be based on showcasing simple characters. This will encourage users to set up various keyboard configurations that would also alter key labels such as a particular game interface, programming, or video editing.