Samsung has recently announced a special variant of Galaxy A80. The new variant dubbed as Galaxy A80 Black Pink Edition is a perfect choice for the girls according to me.

BLΛƆKPIИK is a Korean-pop girl group. Furthermore, they are also Samsung’s brand ambassadors for the Galaxy A series. Recently, Samsung unveiled the upcoming black pink edition. The smartphone is a mix of black and pink, mostly black with pink highlights just as its name. Furthermore, it has the group’s name printed on the rear. The camera of the phone has a pink accent and the frame and buttons are also pink. This seems a perfect phone for the girls whose favorite color is PINK.

In addition to this, there is also a BLΛƆKPIИK custom theme on the phone. Moreover, we will also see a custom BLΛƆKPIИK Galaxy Buds and BLΛƆKPIИK Galaxy Watch Active together with this special themed phone. Let’s have a look at that: 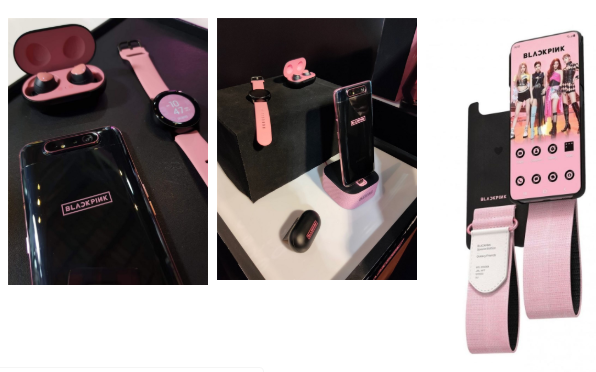 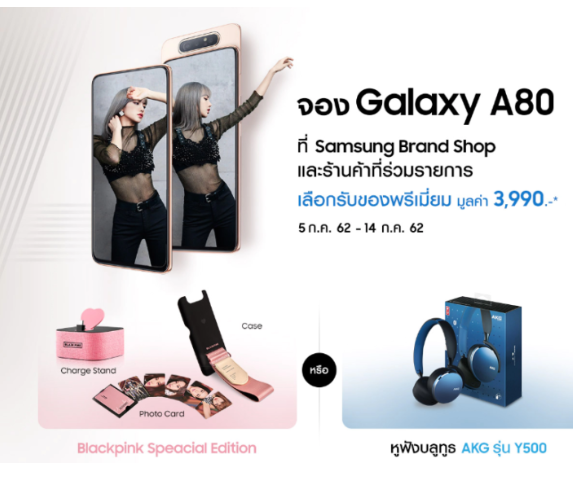 The handset will have the same hardware. It will feature a 6.7-inch FHD+ display with no notch or punch hole. Moreover, it will be surrounded by a really slim bezels. The smartphone doesn’t even have a traditional earpiece but uses sound-on-display technology and also comes with an in-display fingerprint scanner. It will be powered by the Snapdragon 730 processor under the hood with 8GB of RAM and 128GB of non-expandable storage.