According to leaked Galaxy Buds 2 renderings received by gadget blogs, the next generation of Samsung’s earbuds will resemble Google’s Pixel Buds. The earphones would be packaged in a white case with rounded corners, according to a May filing with the FCC.

The Samsung TWS earbuds have already been discovered on the FCC certification website, which provided us with some hardware details as well as live pictures. We’re hoping to get additional information from these renderings. 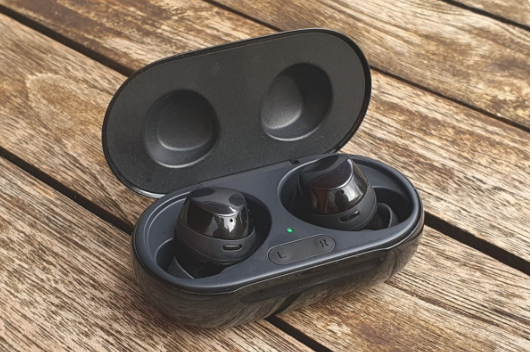 On the exterior of each earbud, there are two microphones, and rumors claim that the Buds 2 will include Active noise reduction but not Active noise cancellation. The charging case has been changed as well, and now sports a squarish shape comparable to the Galaxy Buds Pro and Galaxy Buds Live. The new device will include a charging case with a 500mAh battery and a 60mAh battery in each earbud, according to the FCC filing.

The Samsung Galaxy Buds2 will be available in White, Black, Purple, and Green, according to the renders. The charging case’s exterior will be white, while the interior will be the same color as the Buds2.

Given the absence of sophisticated features, the news buds are expected to cost less than the $200 than the pricey Galaxy Buds Pro. It is still unclear when the new earphones will be released by the company.