The tech giant, Samsung is all set to release their budget-friendly series, Galaxy M Series to conquer the low-end market. There had been a lot of leaks about the Galaxy M series that includes M10, M20 & M30. Recently, Galaxy M30 got certified at FCC. Galaxy M30 FCC Certification suggests that the phone will have a Super AMOLED Infinity V Display.

The phone got certified at FCC. The certification revealed that the upcoming handset could come with a Super AMOLED display, which is missing in the Galaxy M10 and Galaxy M20. 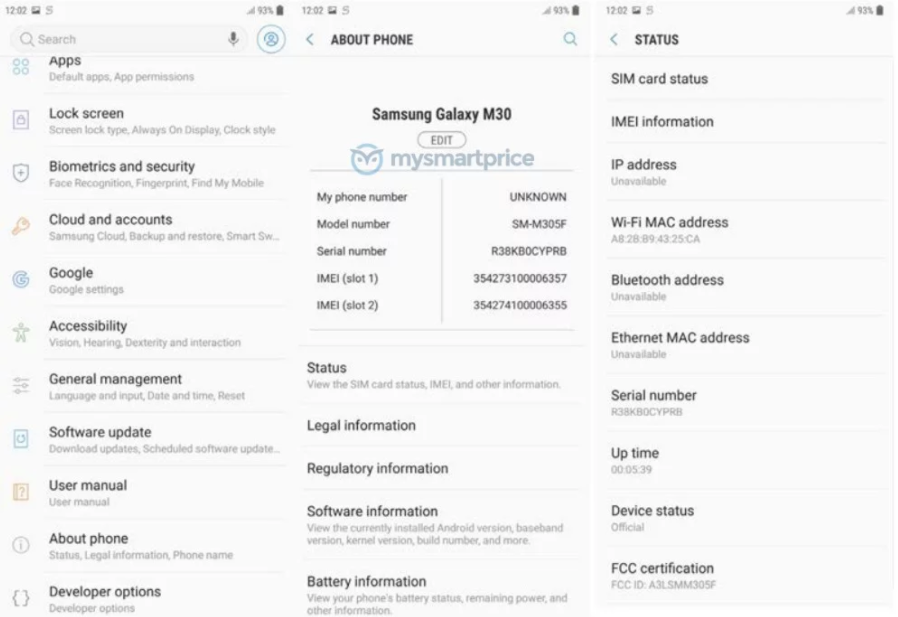 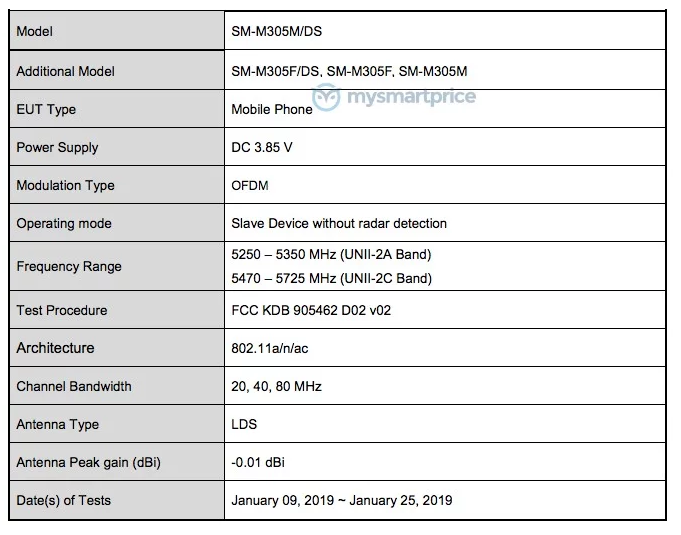 According to the previous reports, the upcoming handset, Samsung Galaxy M30 will be 159mm long by 75.1mm wide. The flagship phone will sport a 6.38-inch Infinity-V AMOLED screen with FHD+ resolution. Moreover, the upcoming handset will be powered by an Exynos 7904 CPU. One of the most noticeable features is that the upcoming M30 will come with  6GB of RAM. In addition to that, the handset will come with 128GB of internal storage. One of the main features of the Samsung Galaxy M30 will be its powerful 5000 mAh battery. The phone will also contain a USB-C port at the bottom.

The Upcoming M series Phone, M30 is tipped to sport a triple rear camera setup. It will include three sensors including the 13MP (F1.9) + 5MP (F2.2 ) +5MP (F2.2) at the rear. On the other hand, there will be a 16MP (F2.0) selfie snapper at the front. In addition to all this, the handset is also rumored to feature a gradient design available in gradient blue and black. Moreover, M30 will also sport a rear-mounted fingerprint reader. The Galaxy M30 price expected in Pakistan is PKR 40,999. The smartphone is expected to see the light on Feb 27.