Previously it was confirmed that Galaxy Note 9 will be released later on however the submission of two variants of smartphone for public disclosure shows that it is about to be launched in a couple of days.

Both the variants ‘SM-N9600’ and ‘SM-N9608’  will be equipped with Qualcomm Snapdragon 845 and  Exynos 9810 respectively. Surprisingly both the version will land to massive Chinese market when Samsung has the habit of picking one chipset per region.

Samsung Galaxy Note 9 will come with some good and improved features such as it will be equipped with big battery boost i.e. 4,000 mAh battery. This is a huge jump when compared to the battery of Note 8 that was 3,300 mAh.

The battery blast issue of Samsung devices, the company has taken some more precautionary steps. Geekbench test revealed that Samsung Galaxy Note 9 variant SM-N960U will have  1.77 GHz octa-core Qualcomm Snapdragon 845 CPU and 6GB of RAM. As a result, the phone managed to score a respectable 2,190 on single core and 8,806 for multi-core tests.

On the other hand, Samsung Galaxy S9+ managed 3,773 single core and 9.024 multi-core scores. Apple devices also performed better than Galaxy Note 9. If these scores are accurate, Galaxy Note 9 will not be the fastest smartphone. This result is surprising as the company made this handset specifically for those users who wanted to multitask on a tall display having 6.4- inch AMOLED screen.

Previously there were rumors that Galaxy Note 9 will be disappointing iterative of Galaxy s9, however, later some leaks suggested that these rumors won’t be true. Later on, it was revealed that Note 9 will be the first smartphone featuring an integrated fingerprint reader.

However, it is believed that Samsung will help Galaxy Note 9 stand out from Galaxy S9+ by offering a larger screen, S Pen Stylus improvement, and in-screen fingerprint scanner. Some other rumored but not confirmed features are Bixby 2.0 voice assistant, which should allow for better voice communication with the smartphone.

The price of Samsung Galaxy Note 9 is not leaked yet but is expected to be high. Well, the device is expected to reach us by August, If Samsung really wants to be better than Apple, it should run faster. 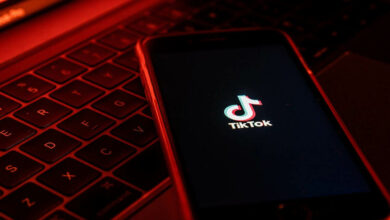 Beware! TikTok Monitors Everything You Type in the Browser