[blockquote cite=””] It should be noticed that not all Android apps support this feature of split screen multitasking but only Samsung!
[/blockquote] 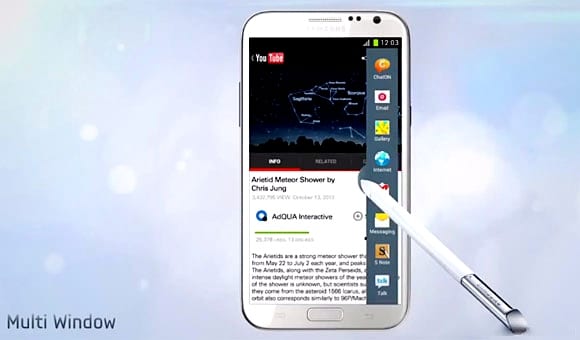 We had already seen this split-screen feature in Galaxy Note Phablet (although this version worked only with the preloaded Samsung apps). On the other hand, the update on the Galaxy Note II will work with Samsung apps as well as Google Apps – Gmail, YouTube, Chrome and Talk. No other applications are supported for the minute, but expected is that it will change quickly when the developers will update their apps to support this feature.

Samsung will start the shipping of Galaxy Note II with Android Jelly Bean version, powered by a quad-core processor, 2GB of RAM and a 5.5-inch Super AMOLED display.