OnLeaks has shared the images of the latest renders of the handset. Let’s have a look at them. 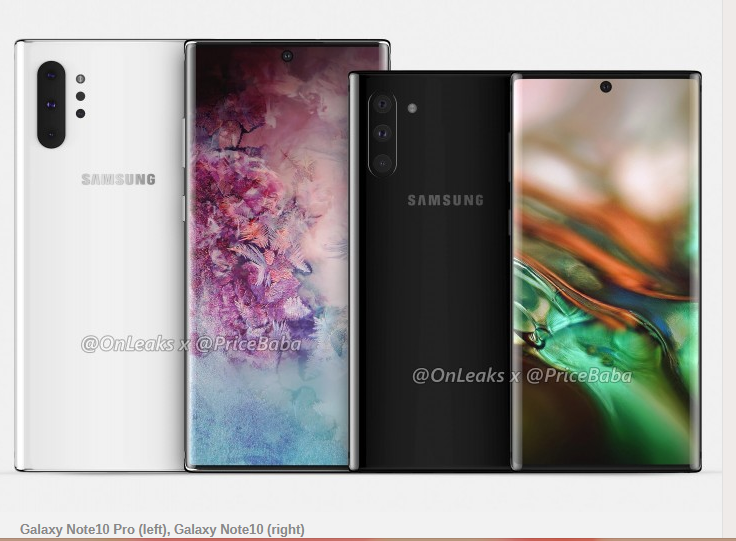 Samsung seems all set to launch Galaxy Note10 Pro very soon. Samsung’s Galaxy Note10 Pro will be one of the high-ranked smartphones by the company. Moreover, it will be packed with some high-end specs and the price may also be on the higher side. The device will feature a 6.75 inches QHD+ Dynamic AMOLED display screen with Full HD+ resolution. The bezels of the handset will be extremely thin to provide high-level screen-to-body ratio.

Samsung Note10 Pro will come paired with 8 gigabytes of RAM and 256 gigabytes of native storage. The phone will sport rear quad camera setup and a selfie shooter of high megapixels. Samsung Galaxy’s Note10 Pro is speculated to be the 5G version. As for as, the battery of the handset is concerned, the upcoming flagship phone will be equipped with a powerful battery of 4500 mAh capacity that is slightly less than the battery of Galaxy Note 9. Moreover, it will be having an in-display fingerprint scanner and that is certain because all the flagships come equipped with the in-display fingerprint scanners.

There had been no words about the launch date of the upcoming flagship yet. Let’s see when will it make its way to the market.