We have been getting a lot of leaks and rumors regarding Samsung Galaxy S10 and S10 Plus for many months. Almost four to five days back, Samsung unveiled that it has plans to introduce a night mode for Galaxy S10 Camera, similar to Google Night Sight. So, it is expected that the Samsung Galaxy S10 Camera will feature a low light mode called “Bright Night”. Furthermore, today a leakster with Twitter handle UniverseIce unveiled that Galaxy S10 Selfie Camera will also feature swipe gesture.

The selfie snapper of Galaxy S10 is positioned into the IPS LCD screen and it will have a 24 MP sensor with a f/2.0 lens. According to the latest reports, the Swipe Gesture functionality will allow you to start the selfie camera simply by swiping from the actual shooter towards the center of the device. Moreover, it will work when the phone will be locked. Additionally, there will be a circular glow around the selfie camera hole whenever the camera will be on or will be recognizing a face. Let’s have a look at the leaked images showing the glowing ring around selfie camera. 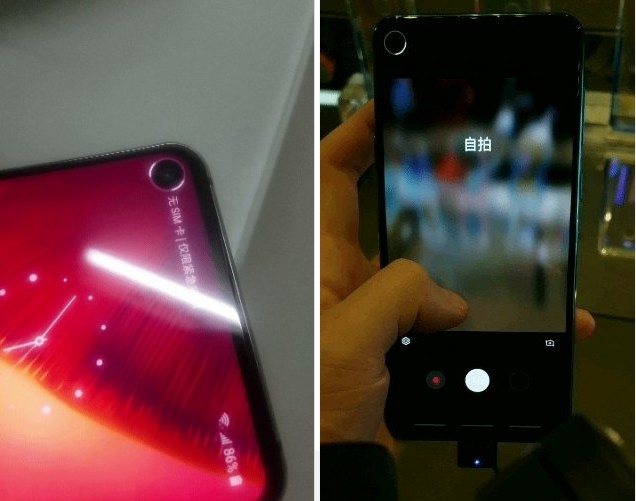 According to the previous reports, SM-G970, SM-G973, and SM-G975 were the model numbers of the Galaxy S10 variants that were tipped to correspond to the Galaxy S10 Lite, S10, and S10+. After that, new addition with model number SM-G977 surfaced on the internet. The last variant is expected to be the 5G version, the company is working on. The upcoming Samsung Galaxy S10 model that will include 5G connectivity will have no less than six cameras. Moreover, it will be the most expensive variant. Some of the rumors and leaks have unveiled that the other variants will include one 5.8-inch model and the Plus-sized model with an in-display fingerprint sensor. However, there had been no official words by Samsung about Galaxy S10 Series yet. So, let’s just wait and watch what comes next about this highly anticipated series.