Now here comes a phone that we can expect to come with the newly launched Snapdragon 888. Soon after the launch of Snapdragon 888, different companies start revealing about their incoming devices powered by Snapdragon 888. However now, Samsung has also taken part in this race. Samsung Galaxy S21 Appears on Geekbench with Snapdragon 888. 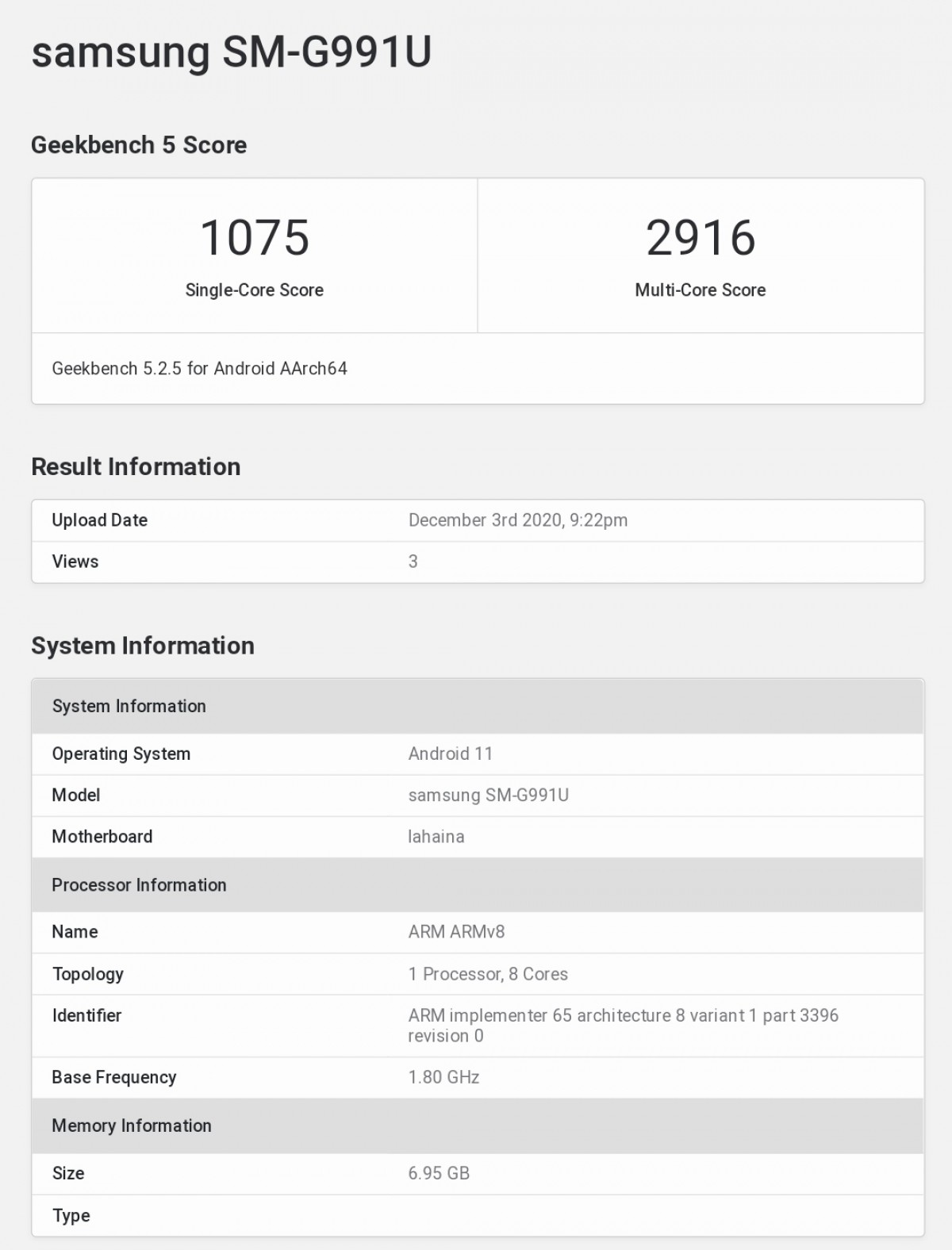 The phone comes with a model number SM-G991U and is the chipset listed is “lahaina”. This is the codename for the recently announced Qualcomm Snapdragon 888 chipset. Additionally, the phone will have 8GB of RAM and running Android 11 out of the box. All SD888 powered phones will come with these specs. Unfortunately, the result is not impressive on Geekbench 5.2.5. Samsung is likely still optimizing the software on this device.

The thing that we know so far about the series is that it will launch quite earlier this time. The series is expected to launch in January. Different models of the series have also appeared in many leaks and bagged some listings.

The leaks have confirmed that the coming S21 Ultra phone will come with support for the S Pen. As far as the specs of all these models are concerned, they have appeared in many leaks.

Both the vanilla and Plus versions will come with FHD+ displays with 120Hz refresh rate. The screen size matches with the last year for the smaller models. The S21 model will have a 6.2-inches screen. While the S21+ and S21 Ultra will have 6.7” and 6.8” respectively. Also, the Ultra model will come with a higher-resolution 1440p LTPO display.