As soon as the launch date is coming nearer we are getting more updates about the Galaxy Z Fold3. Although Samsung has not divulged anything about it yet, the foldable smartphone has popped up on Geekbench with its key specs.

The phone has appeared with the model code SM-F926U. According to the listing, the phone runs Android 11 and 12GB RAM. Additionally, the phone is powered by the Snapdragon 888 SoC. 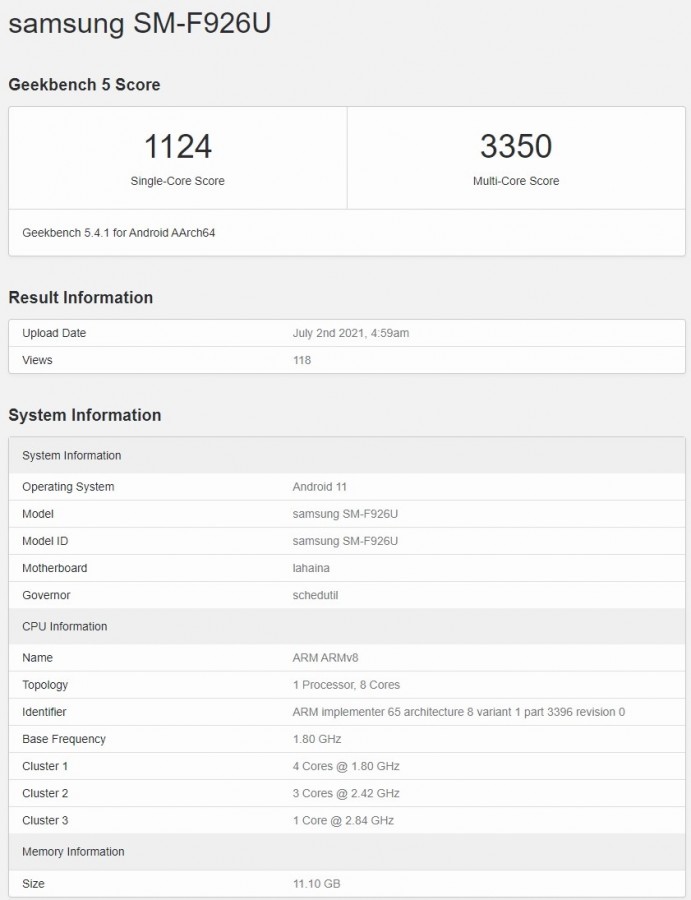 Unfortunately, the listing does not reveal any other information about the phone. But thanks to the FCC certification, we know the phone will come with S-Pen support and 5G connectivity. It will also have an NFC chip on board.

The previous leaks also claimed that Z Fold3 will have a 4,275 mAh battery that will draw power through a USB-C port at up to 25W. It will also support wireless charging. Also, the phone will feature two Super AMOLED screens – a 6.23″ cover display and a 7.55″ internal foldable screen.

There will be a total of five cameras. A triple rear camera setup will include three 12MP shooters. Additionally, it will come with a 16MP under-display selfie camera and a 10MP shooter on the cover display.