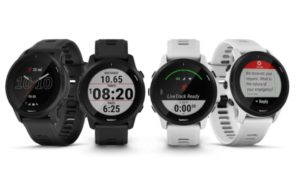 As its name indicate, the Garmin Forerunner 945 LTE has LTE connectivity which saves you to keep your smartphone every time to use the internet. However, in order to access the internet, you will need a subscription plan. The watch is also equipped with a function called LiveTrack, which allows users to share their run or bicycle route with family and friends and their pace and miles in real-time. The function also allows the user to receive SMS and audio.

Especially, if an issue identifies because of incident detection and assistance features, the Forerunner 945 LTE may instantly send messages to the emergency user contacts. There is also the support plus option that allows a dedicated 24/7 control response team to automatically share the wearer’s identity and location with selected contacts. 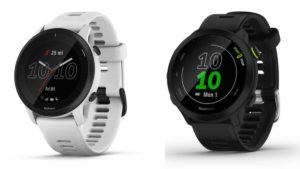 Comprehensive training data, performance monitoring, and activity monitoring are also available on the smartwatch. Garmin smartwatches like Garmin Pay, music storage, and phone alerts provide you with all of the usual features. In terms of battery life, Garmin Forerunner 945 battery operates for up to two weeks in smartwatch mode. However, whether you switch on a GPS or listen to music and use the LiveTrack mode through LTE, battery life is decreased to just 7 hours.

The Forerunner 945 LTE is available on the Garmin website and costs $650 (Around Rs.101,000). The smartwatch is available in two colors black and white. 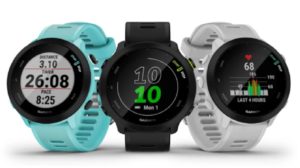 The watch also has many security features, including the option to share a message with chosen contacts with your location. The daily suggested workouts and the Garmin Coach are also available to all users.