When it is Autumn and there is nothing in the streets and roads but the dried leaves and the shed-less trunks of the trees. GFive LTE 3 is a third phone in the LTE series that is surprisingly a low priced handset which gives you the availability of 4G network. GFive LTE 3 is a cat 4 handset that means it support 150 Mbps download speed and 50 Mbps upload speed.  GFive LTE 3 amazingly has sharp looks. It is using very stylish and has great hand grip. The detailed GFive LTE 3 Review will entertain you throughout in the content below along with the selfie stick as a promotional package. 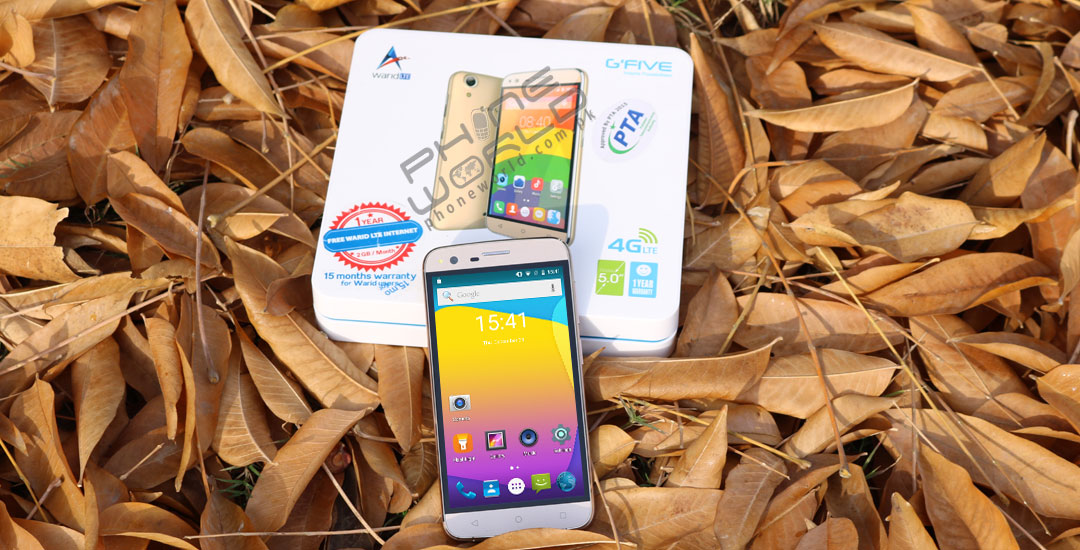 Although it’s very glassy because of its used material but still gives good hand grip because of its slender and smart style. Although GFive LTE 3 has a partnership with Warid telecom, so it gives you warranty of 15 months as well as allocate you 2GB LTE data for 12 months that is a great opportunity for Warid users. If you are a warid user then you have opportunity to register yourself with the hand set portal and get 2 GB data free for 12 months.

Pros and Cons of GFive LTE 3: 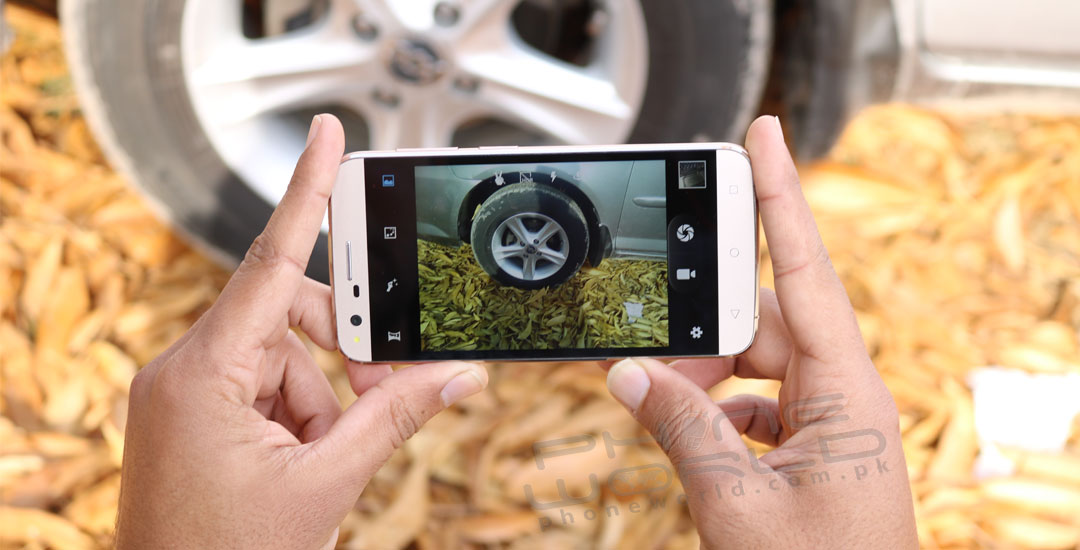 Design and Display of GFive LTE 3:

GFive LTE 3 is a slender, slim and sleek device with the shape that matches exactly with the shape of some high priced handset. GFive LTE 3 has clean and long-lasting design and looks perfect in shape. It’s very beautiful and having perfect hand grip. GFive is such a device that everyone will surly appreciates it in all aspects. GFive LTE 3 back cover is made up of Poly carbonate plastic that is flexible and it has gorilla glass screen with screen protector. GFive LTE 3 has also removable battery. GFive LTE 3 has 5.0” gorilla glass with 5 finger multi touch screen. On the front side of GFive there is a 2 MP front camera, a sensor and a speaker that gives you a quality voice during your calls. Similarly on the back side of the phone there is an 8 MP camera with LED flash wit mouth piece on the bottom. On top of G’Five LTE 3 there is a USB port and audio jack port while there is nothing in the bottom. The volume and the power key on the right side while the left side is plane.

GFive LTE 3 is running with MediaTek 7635M processor with 1.0 GHz Quad-core that gives it availability to run different apps at the same time without affecting the speed of the device. G’Five LTE 3 processing is as fast as required by a smart phone. 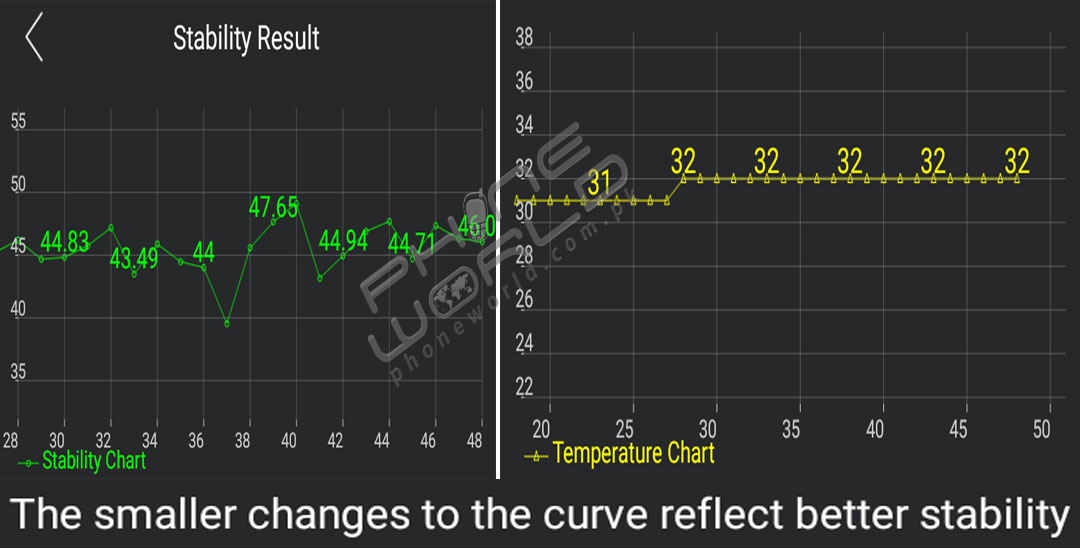 GFive LTE 3 has 1 GB of RAM and 8 GB of ROM that is a good enough memory for a smart Android phone and having this much memory will allow you to store huge data in your device without facing any low memory issue because it also has expandable memory of up to 32 GB. Although the RAM is somehow low but still it has ability of multi-tasking.

GFive LTE 3 has 8 MP rear cameras while 2MP front camera that enables you to capture your daily life images in a good quality. Both the cameras have different features like Geo tagging, face detection etc. Motion Track Mode is another mode of the camera that gives you availability to capture better quality images easily.  GFive LTE 3 has Panorama shot mode that capture the image in different angles. The camera takes pictures with the flash, without the flash and with different flash settings. Through Multi angel view you can capture a image in different angle which you can observe after capturing by rotating your mobile.

GFive LTE 3 is featured with an 8MP Rear Camera which has the resolutions of 3264 x 2448 pixels. The real image along with the picture has been attached below which shows the title of the image, the time and date along with the details. The width of 3264 and the height of 2448 have been given shown. The image is neat and clear as you may watch in the image below. The other features and sensors enhancing the quality of the image includes the orientation, size of the image, flash light, focal length and exposure time etc as shown in the details attached with the image below. 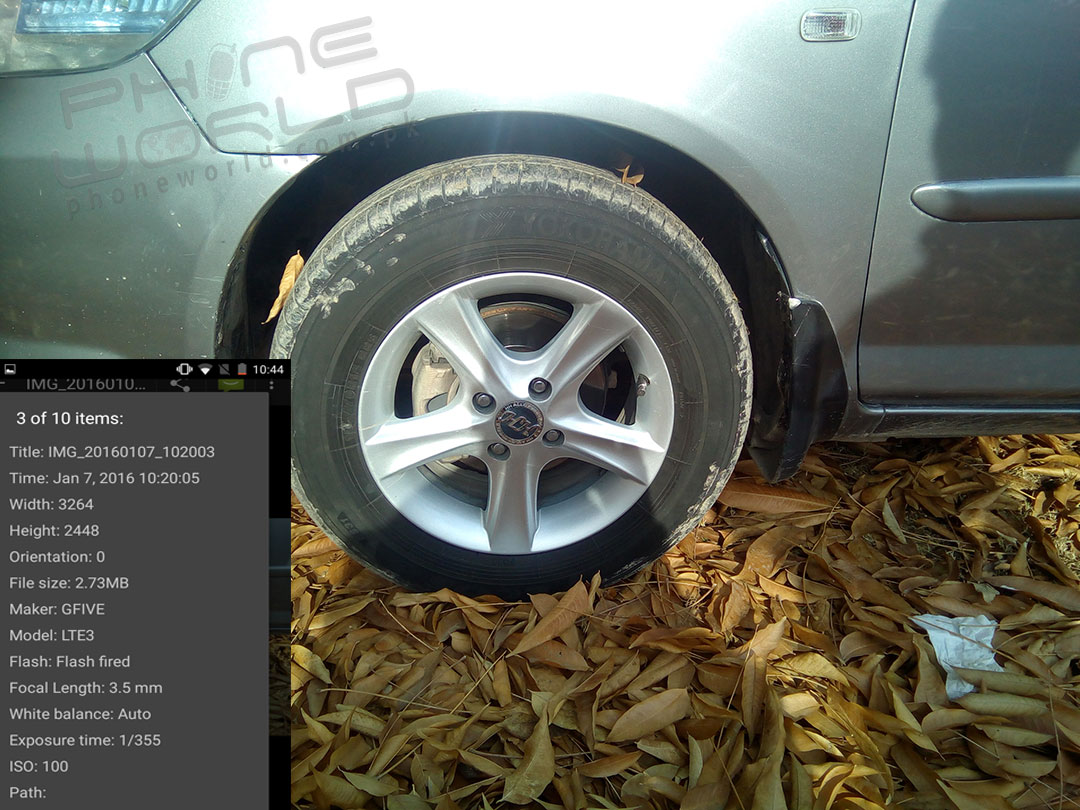 The front camera of GFive LTE 3 has a camera lens with power up to 2MP which is satisfactory and can take a shot of up to 1.29 MB as the size of the image and dimensions of 2560 x 1920 as shown in the attached picture below. The other features and the sensors helping with the camera are mentioned in the details attached with the image. 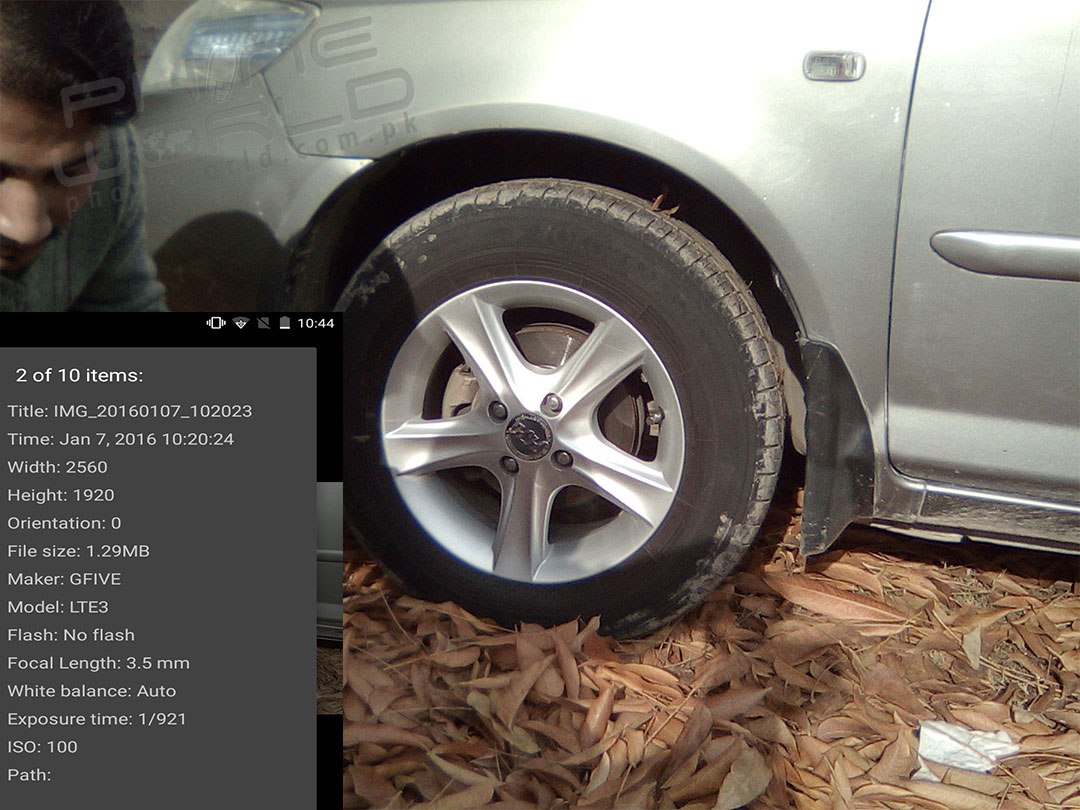 GFive LTE 3 has different types of connectivity’s except connecting through a 4G network or through calls. GFive LTE 3 gives you availability of Wi-Fi, Bluetooth and GPRS connectivity as well.Its using modern Wi-Fi module that connects you with the world. Bluetooth connect you with your friend around you and allow you to transfer your data with all of the in very short time. Similarly, with the help of GPS, you can track your own location as well as your loved ones. You can find a way to anywhere through GPS.

Accessories of GFive LTE 3 along with a Selfie Stick:

Another promotional package, a selfie stick is given with the GFive LTE 3 in a seperate box which consists of a 3.5mm pin jack which works with the button. So all you have to do is, hold your device in the selfie stick, install the pin, take the pose and take the shot. The other accessories contains the USB cable along with a 1 amp charger and a relatively better hands free in white color with a button and mic along with the volume buttons.

GFive LTE 3 has 2200mAh battery that has capacity to charge a 5.0” screen device. It has consecutive talk time of upto 12 hours. On the standby mode, the battery may work for weeks which proves the stability of GFive LTE 3 that the consumption will be quite low.

GFive LTE 3 has internal storage of 8 GB that enables you to store your important data as well as useful apps in your hand set.

The in hand images showing the external look of our GFive LTE 3 and the size and grip have been shown in the preceding images. The size is quite handy and the feel is smooth just because of the smoothly curved and polished borders that gives better sensation and better feel.

GFive LTE 3 is using Android 5.1 (Lollipop) that gives perfect interface for a smart phone.It has ability of multi-tasking. With 5.1 OS, LTE 3 works well. The combo of 1.0 G Quad core and the 5.1 OS gives its users an advantage of multi-tasking as well as the speedy low priced device.

GFive LTE 3 has a relatively low processor, yet the score of over 20 thousands is a better benchmarking total. The processor is 1GHz Quad core processor and there is just 1GB RAM and 8GB ROM. With these specifications, you can expect the score to be about 15 thousands with Antutu benchmarking application. The score over 20 thousands is a better total and enhancing the trust and stability of GFive LTE 3, One can claim that his GFive LTE 3 is working fine and sound as shown in the images below.

Vellamo is another of the Qualcom’s owned application that shows the power of the browser, single core and multiple core individually. A Score of 828 for its single core is a better score as the total frequency for its power is just 1GHz, still the performance is quite good and this total keeps the device just after Meizu MX4 which was one of the most leading devices of its time. The processor of GFive LTE 3 consists of four cores as it is a quad core processor and the total score of its combined cores is 1268 which is also good and keeps the LTE 3 just below Asus Zenfone2 in the multicore part which is an achievement for GFive. The browser score is though a bit low and this may just be because of the low memory of 1GB and the 1GHz Quad core processor which could have been better if the RAM and ROM were better.

The total score by the GPU of GFive LTE 3 is almost similar to the score obtained by Huawei P8 LITE which was priced at 25,000 PKR with its release. The screen resolution normalized score is over 10 thousands which is good and is better than the display of Huawei P8 LITE.

GFive LTE 3 is a very low priced LTE phone that has the capability of connecting to 4G network. If anyone wants a handset with 4G network connectivity then LTE 3 is a best option for them. GFive LTE 3 has not only 4 G connectivity in this price but it also has 8 MP rear cam that gives you best shots ever. Everyone will surly appreciate the struggle of providing a best quality hand set in very low price. So go ahead and get your GFive LTE 3 that is in your budget