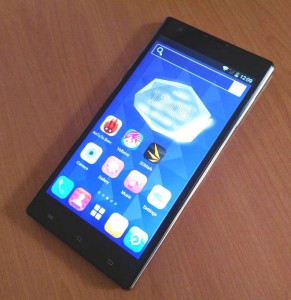 While entering the race of smartphones, G’Five has launched its G’Five GNote-3 with 6.0″ Inches (1280×720) HD IPS Display, sleek and slim in shape with 8 Mega Pixels of autofocus rear camera supported by a flash and 2 Mega Pixels of front camera. GFive President GNote 3 Review is all about excavating the inside and outside of a smartphone.

The device is 2G and 3G Network Supported Smartphone. With 1.3 GHz Quad Core Processor and 8 GB of Rom and 1 GB of Ram, the device makes it easy for customers to get their attention. This device is capable to run Dual Sim at the same time and may be kept on Standby mode.

The software version is 4.4 Kit-Kat Operating System. MicroSD supported up to 32 GB MMC. It has full Screen with Capacitive touch with 16M Colors.

Other features consists of GPRS, Wi-Fi, EDGE, FM Radio, 3G, WLAN, GPS and much more. It consists of a slim battery with 2400 mAH charge time with the size and shape so moulded that the structure and view is not disturbed with it. The Dimensions are ( 166.3 * 84.85 * 8.0 )mm. It is supported by built in applications like facebook, Skype, Whatsapp, YouTube,  WeChat and gmail.

Although the results of the benchmarks have not been so much satisfactory, yet it may be widely accepted from customers point of view due to its display, wide screen and attractive look.

The Ram is 1 GB that slows with time after been installed multiple applications.

The external look is good with sleek and fine finishing with a golden rim covering from the corners. One can get the idea from the following gallery been consulted.

The internal view of the operating system is the same as the other smartphones with KitKat installed, yet it contains certain features like the word gestures, colour note, theme switcher that may or may not be included in other smartphones. The following images show the internal interface of the device.

Benchmarks to prove the performance of the device for GFive President GNote 3 Review:

The performance and approach of the current device has been checked with the following apps.

Antutu shows very poor results of the device. This may be due to many reasons like, the processor may not be of that standard or other devices may be using good and efficient algorithms and better technology that reaches to the peak.

A complete and detailed report about the specifications, achievements and limitations have been shown in the following images.

Vellamo shows the speed of Browser, Multicore processor and Ram and their mutual relationship with each other. Consult the following snapshots.

The overall performance of this device is good with its Quad-core processor and 1GB Ram, especially the browsing is the best and performs smooth and clean browsing as the marks and points obtained are better than Samsung Galaxy S3 in all aspects.