I have been writing in my all blogs about technological inventions and the IT advancements the world is witnessing in contemporary ages but this has become more realistic for me after my visit to Gitex 2016. GITEX “Gulf Information Technology Exhibition“; is actually an annual consumer computer & electronics trade exhibition, exhibition and conference takes place in Dubai at the Dubai World Trade Centre. This year, the mega event was scheduled to take place from 16th-20th Oct, 2016. Thousands of visitors attended this extravaganza; which were not only from Middle East but also from across the globe.

The world is more progressed than we are thinking and reading about it. Drones and IoTs are no more a dream to come true rather nations are presently exercising them. Worldwide countries are becoming connected and smarter with each upcoming technology.

My Journey to the Hub of Technology Startups Dubai & Gitex 2016

Every year we exhibit our company “PhoneWorld Magazine” in the world’s leading IT exhibition called “Gitex”. So I would like to start my traveling blog from my our stall at Gitex 2016.

Indeed it is very proud moment to represent your country in any international platform through your company. Hence, our feelings were also same. People showed great interest while visiting our stall and appreciated our efforts as well. 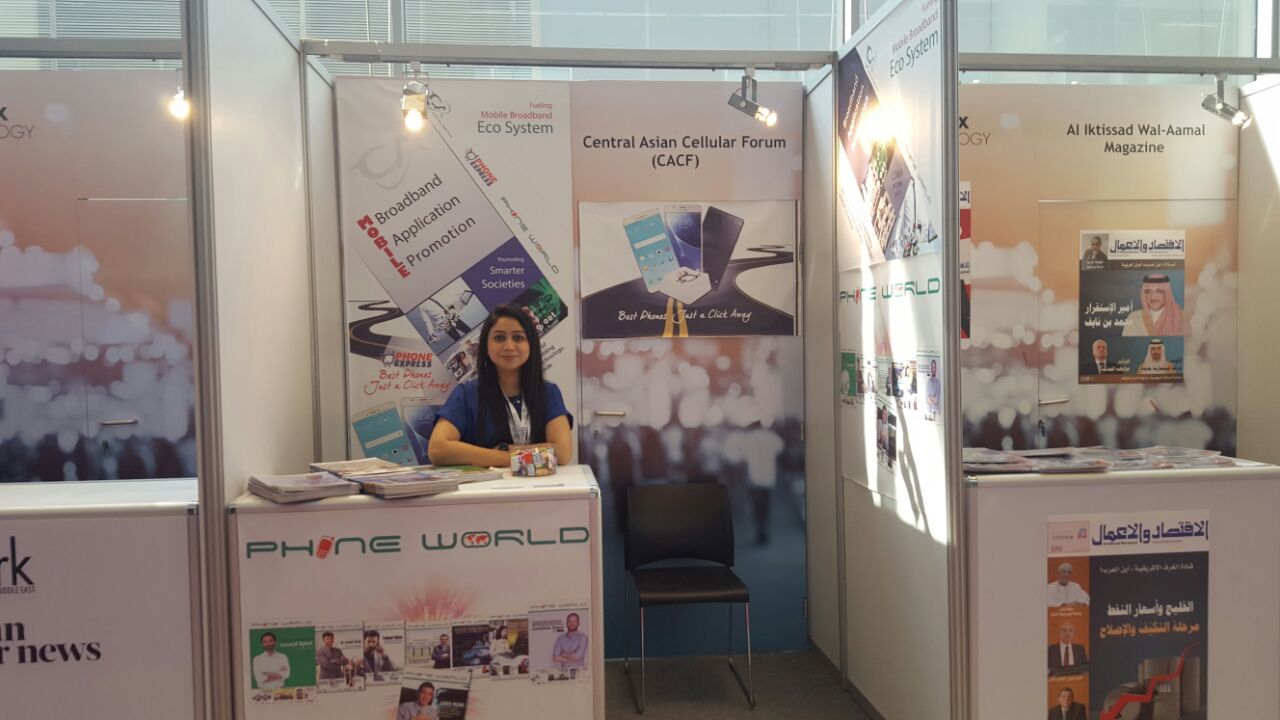 Nothing at Gitex was less appealing but i would like to write about things that attracted me more. Hence let’s start from Robots.

The government of Pakistan also send some companies to Gitex each year. This year, unfortunately we didn’t find many Pakistani companies at Gitex rather Pakistan Software Export Board (PSEB) stall was itself empty. We can see it in following picture: 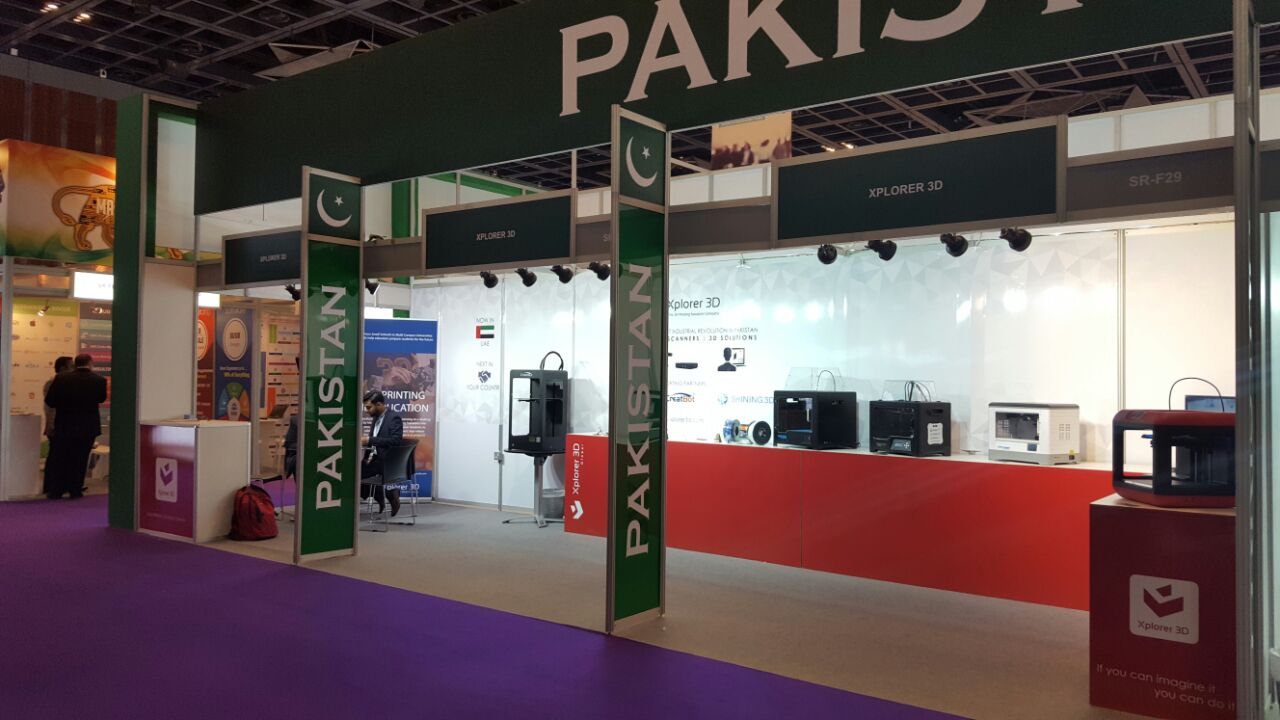 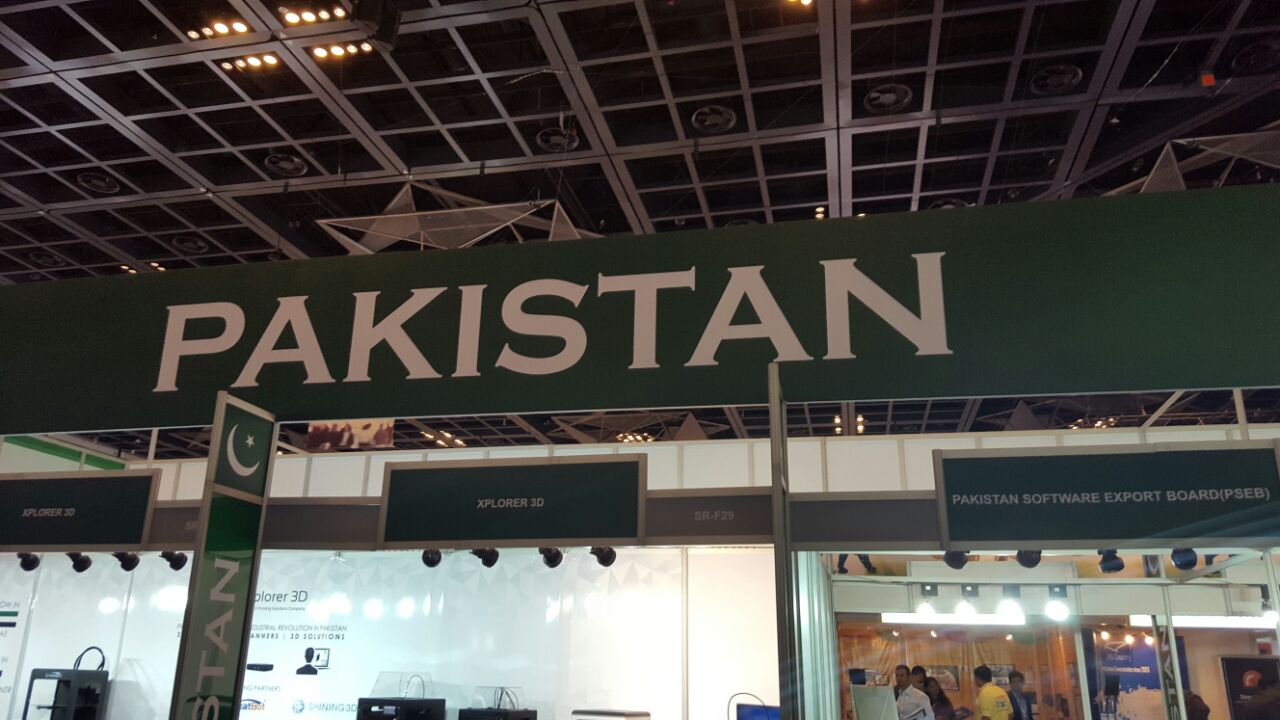 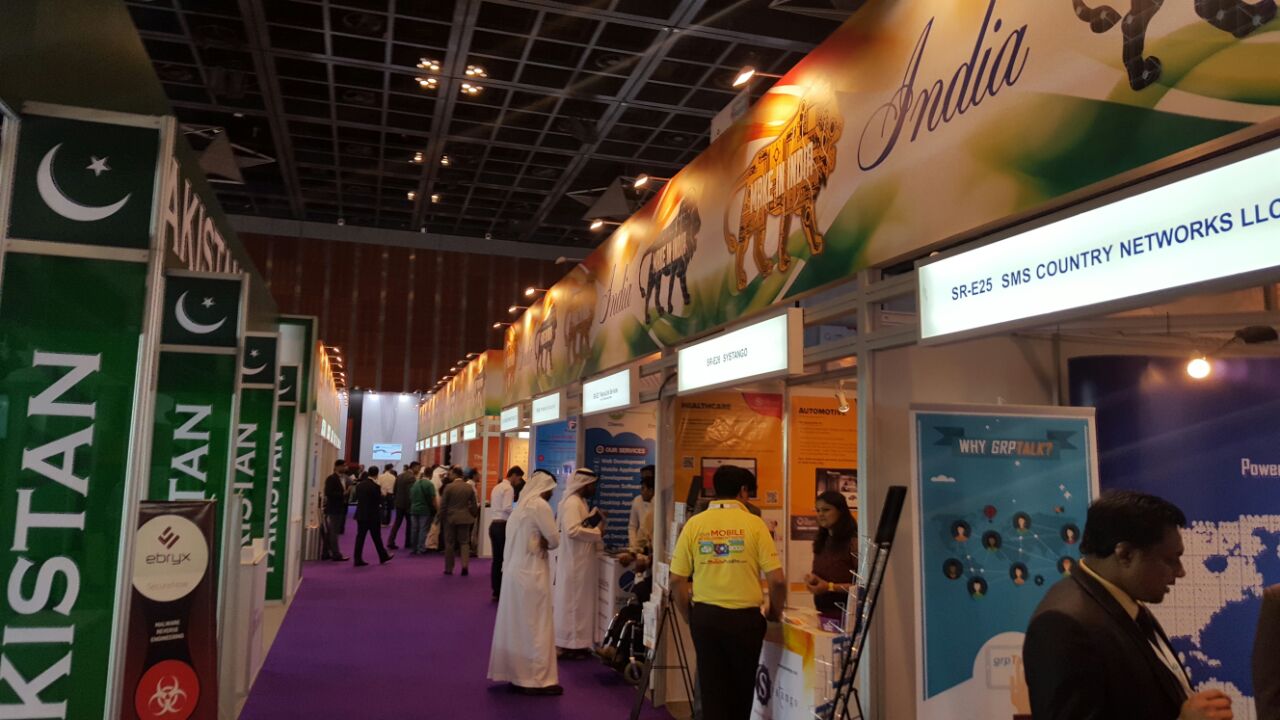 I met very intelligent robots at Gitex that surprised me a lot. Among those, the one at with name “Omer” at Etisalat stand really took my breath. Omer would ask you for selfies and would have complete conversation with you. 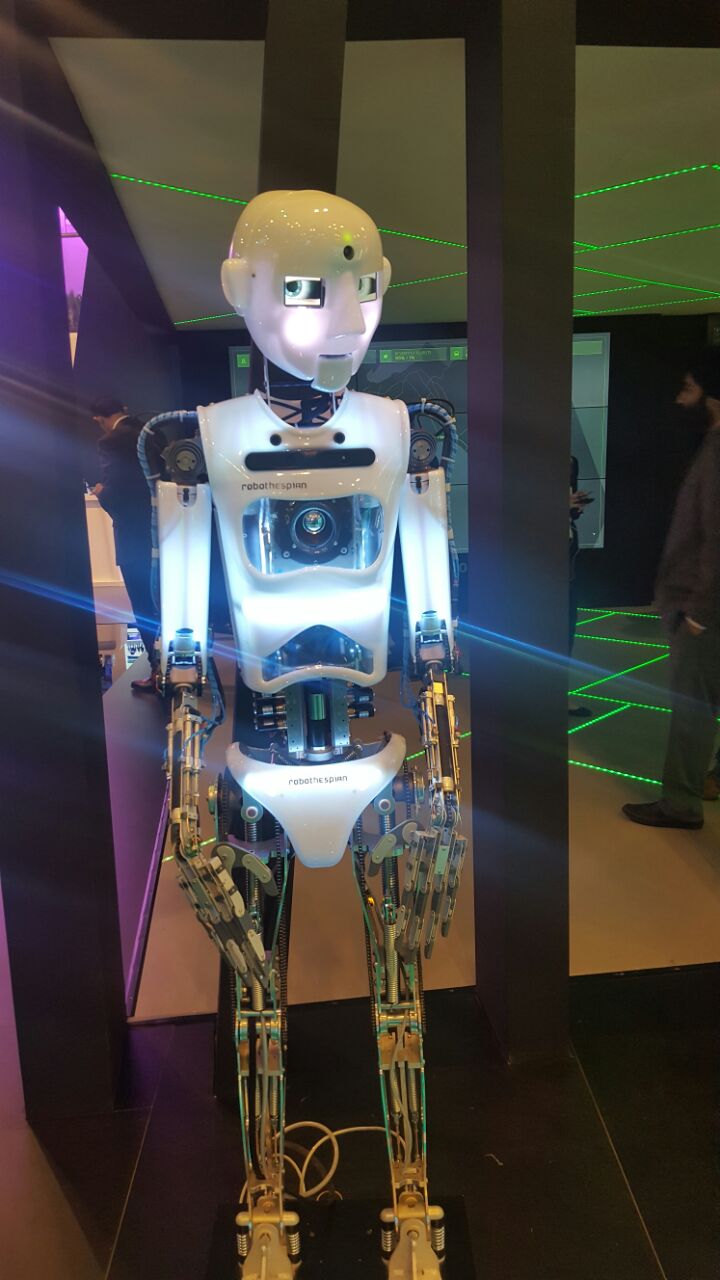 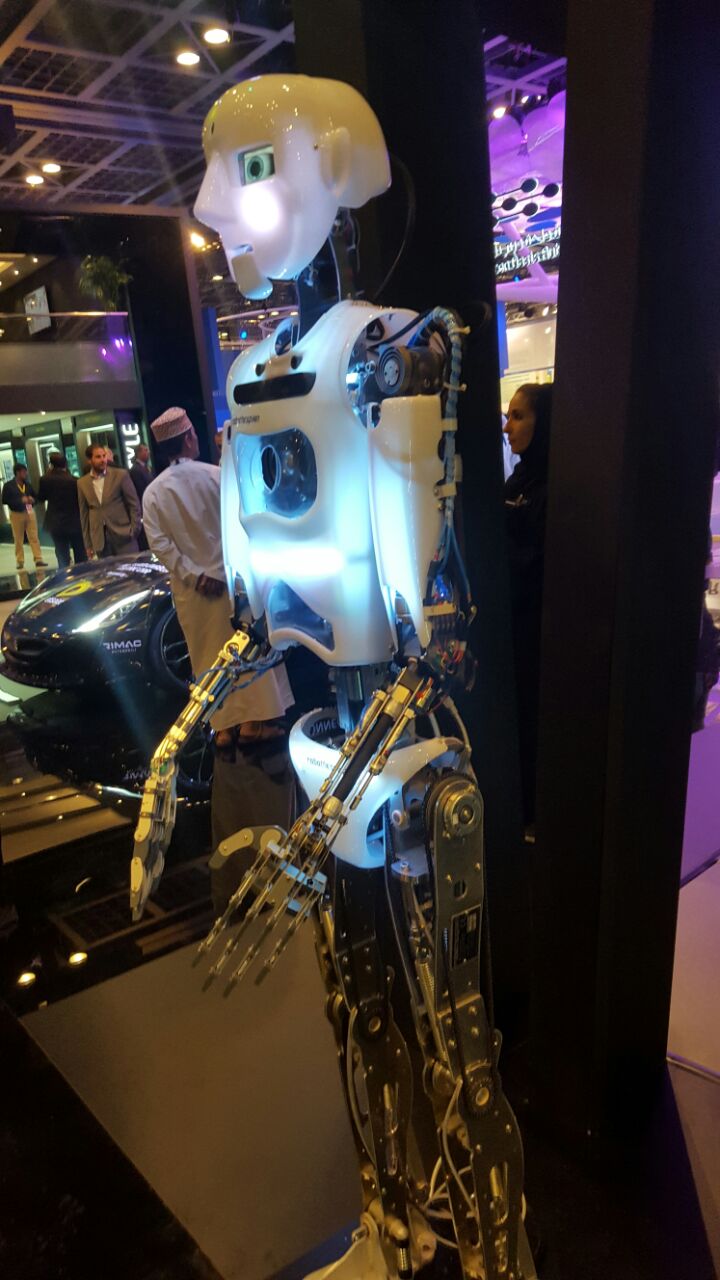 Other than Omer, there were also some other robots at Etisalat stall each with different functions. Socibo also talked to me like a human being and asked for a selfie 😛

Meanwhile, another Robot at Dubai Police stall would salute you and shake hands and can also enlist the smart services at used by police in Dubai. This “Artificial Intelligence” technology remained one of the most praise-worthy creation in Gitex. After talking to this lady, me and my other colleague Kanwal simply uttered “wowwww”.

Drone, the “Unmanned Aerial Vehicle (UAV)”, is the next big thing in the world of technology. Drones are being used for multi purposes now a days but interestingly the government of Dubai have issued separate new laws for drones so that they can be used significantly. At Gitex, various government entities showcased their drones. A unique “Drone Zone” was arranged that was exhibiting, testing and flying different types of drones.

I tried to get information from some of the government departments that how they are taking advantage of drone technology.

The “Cultural Library of Dubai” is using drone was books delivery within Dubai. Yes! if you have library card and looking for a book that is present in any library of Dubai then just place order on library computer and within 15-17 min you will get the book. This drone is going to bring it for you. Hence, eliminating the time wastage of waiting for a book for a week or so.

The government of Dubai aims to make the country 100% digitally connected and a smart nation by the end of 2025. Hence, for this purpose the govt. has introduced m-services, IoTs and smart cities in almost every department. 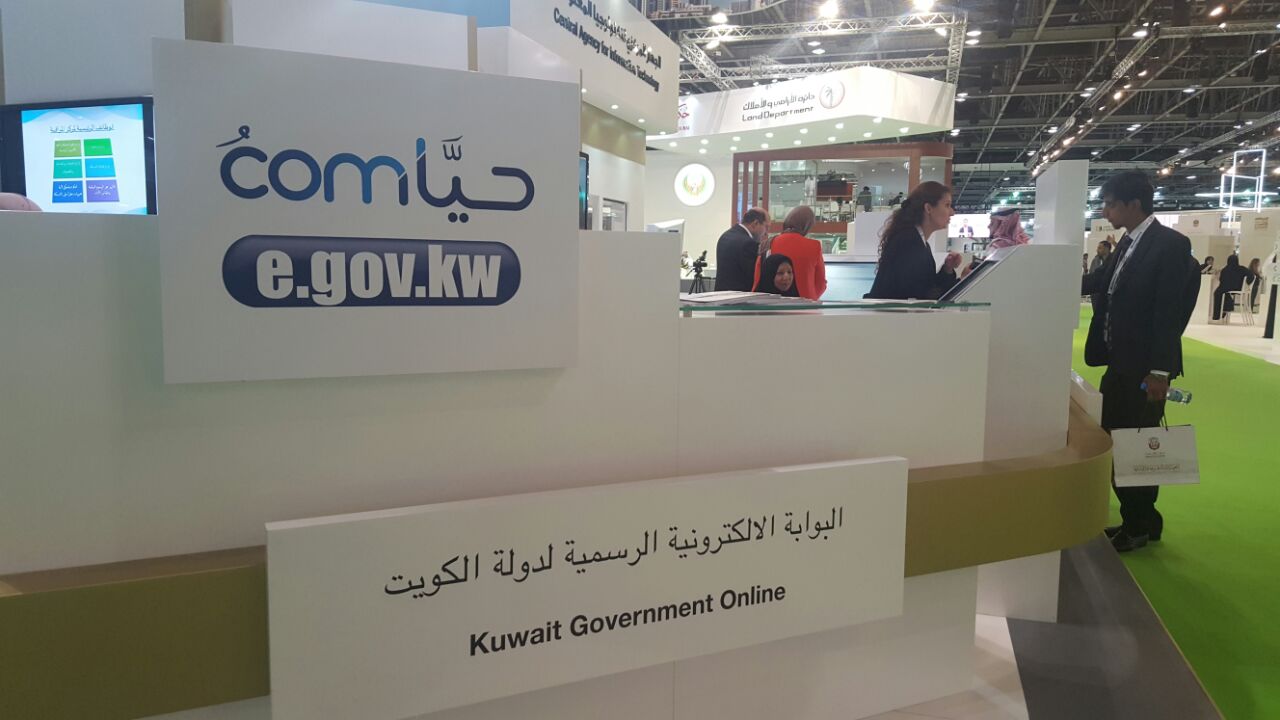 Let’s look at all those smart initiatives: 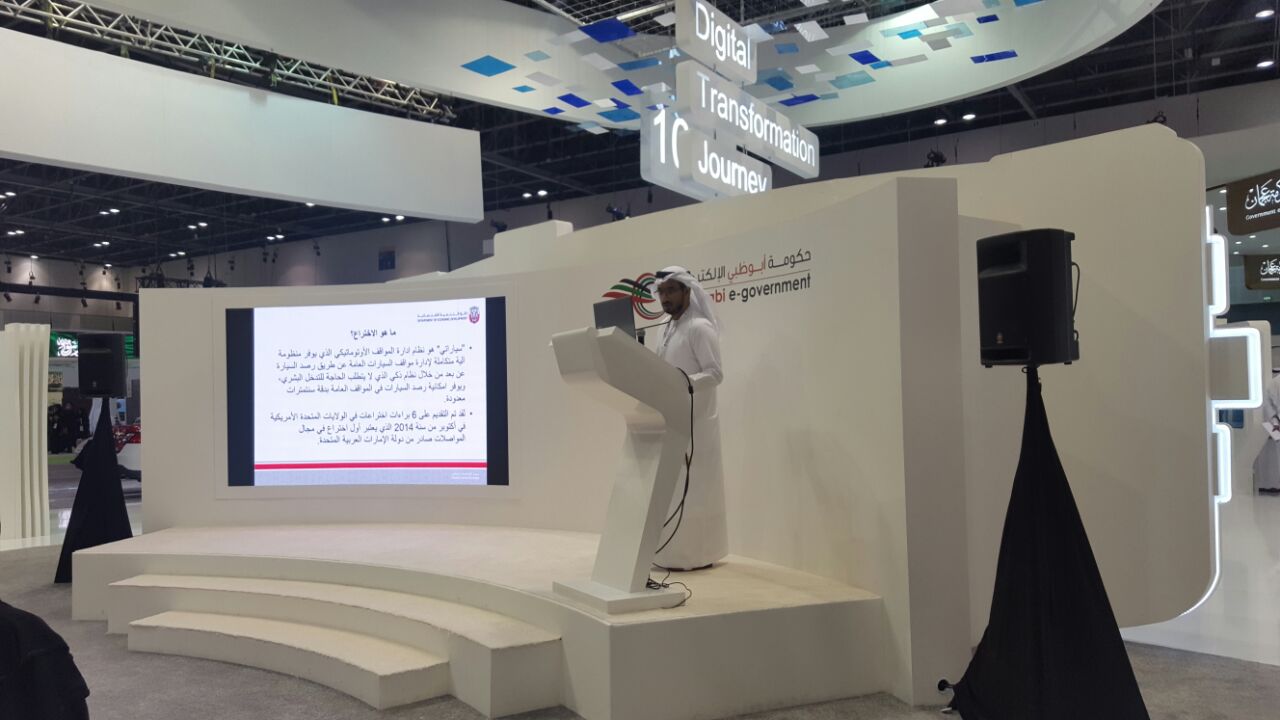 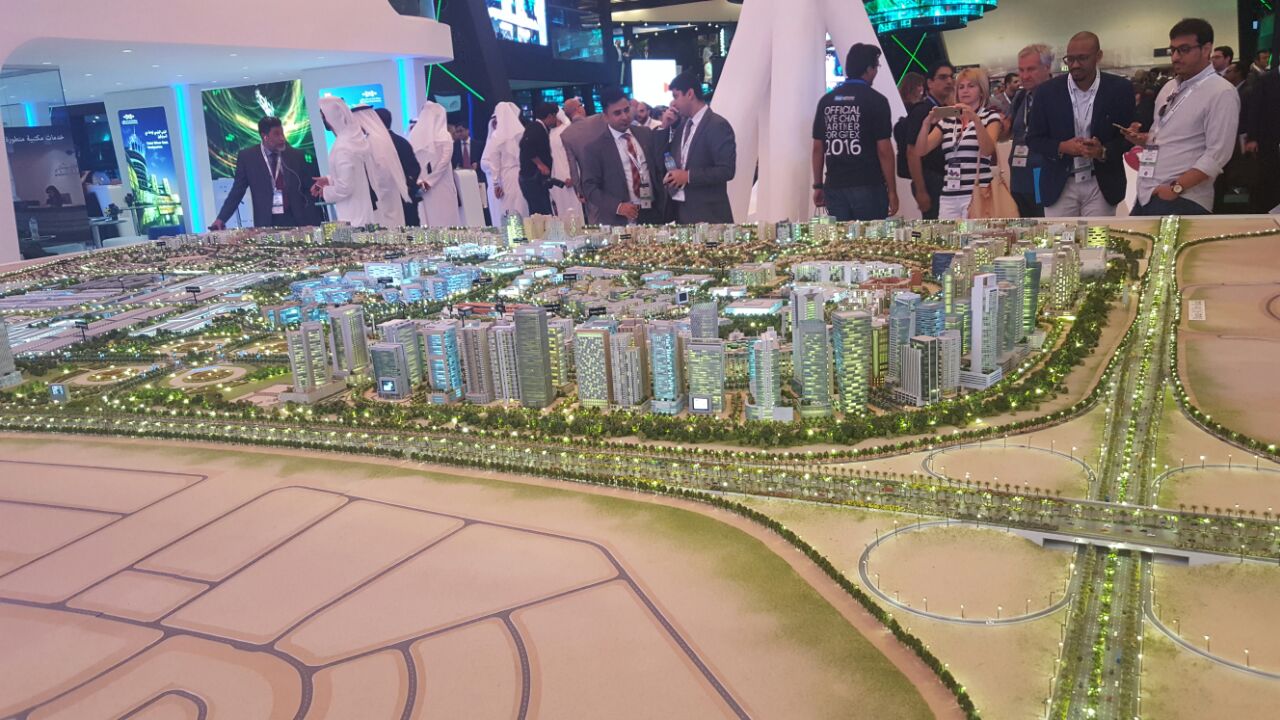 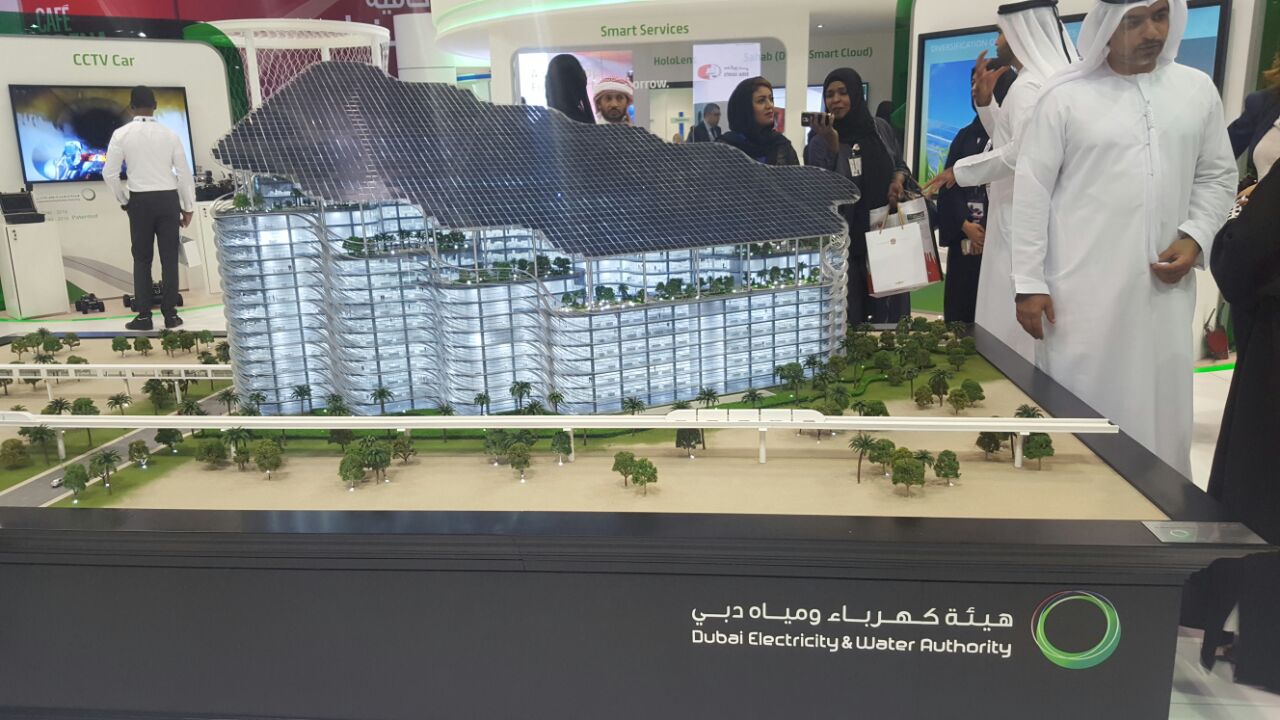 The government of Dubai aims to become a 100% smart nation till 2025. And that is why presently they are focusing on smart cities initiative. A beautiful model of “Smart Dubai” was displayed in one of the hall indicating the future plans of Dubai government. 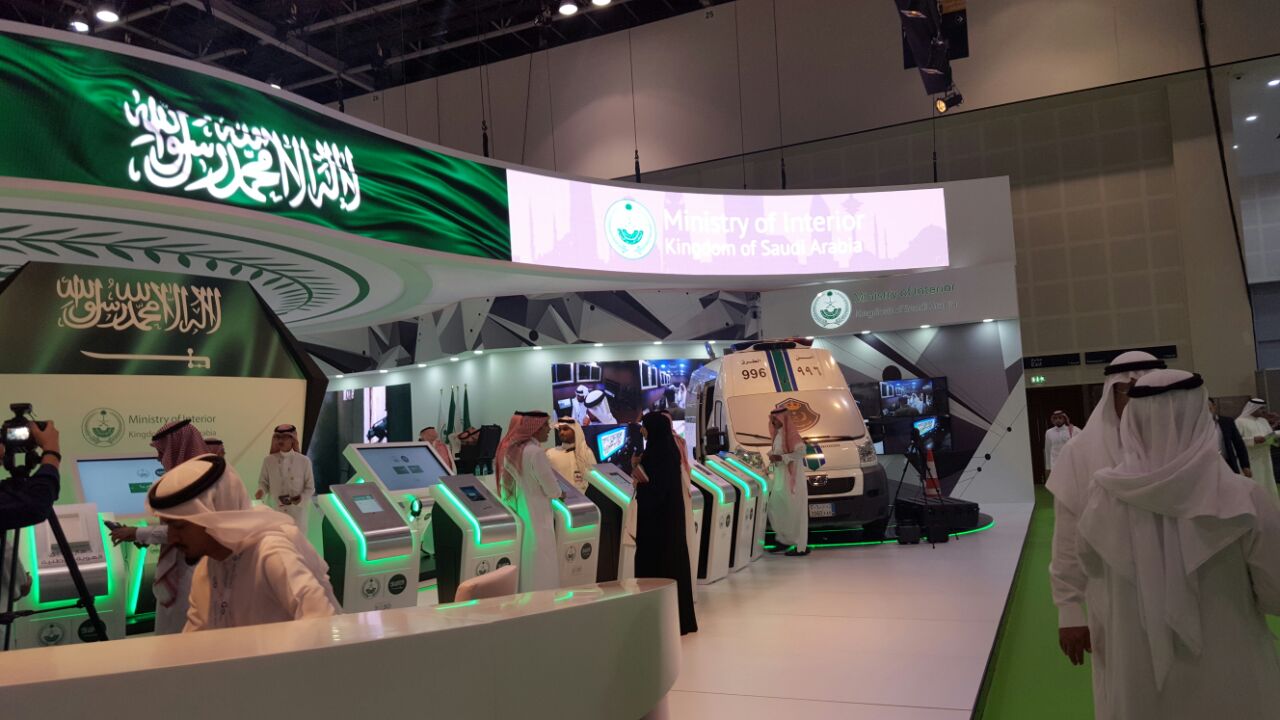 The govt. has also introduced “DMCA Smart Test” in schools and colleges in order to enhance the e-Learning process in education sector of Dubai. 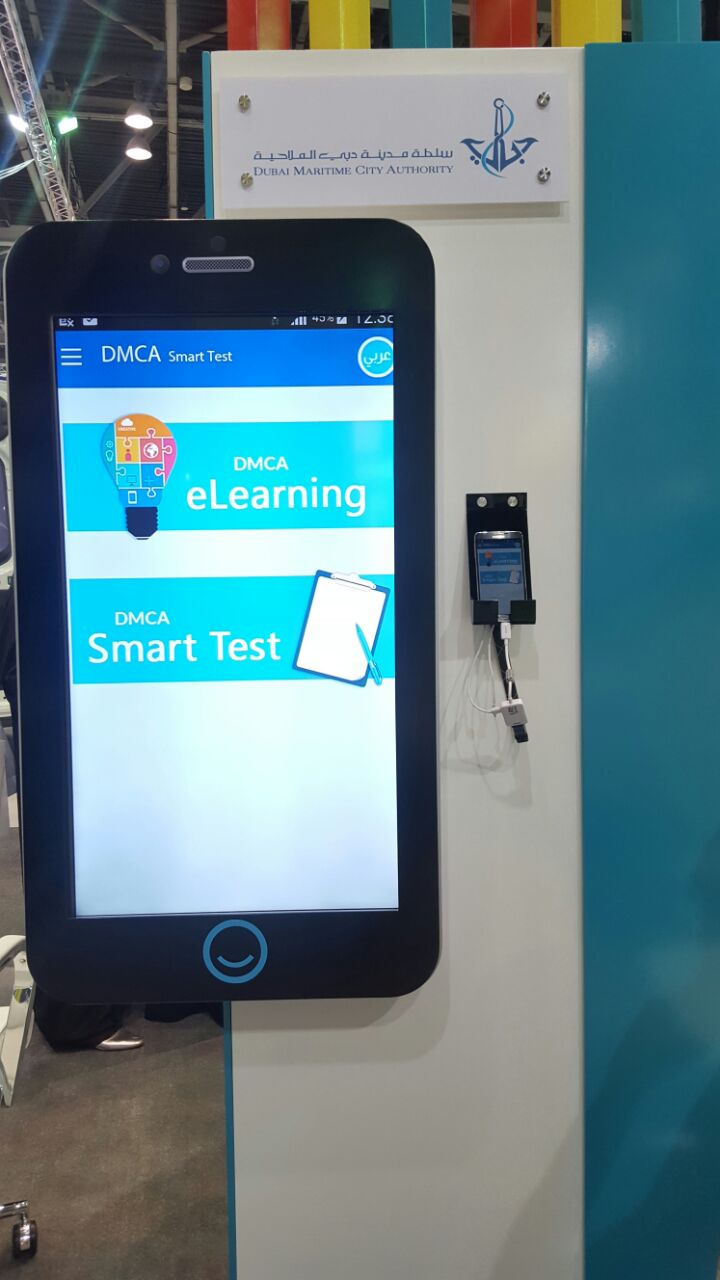 The Police department of Dubai is talking full advantage of technology and has introduced many smart service while making the entire system effective. They are using drones for surveillance, rescue and traffic purposes. There are also various mobile applications for public through which they can complain any type of criminal activity going on.

I was quite surprised after visiting the stall of “DEWA” because they have also introduced many tech services. While interviewing one of the DEWA’s MD I came to know that presently DEWA is managing its all power plants/stations with help of connected devices; which in case there is any technical fault helps in informing the headquarters and within minutes the team reaches to relevant grid station.

From m-health, m-Education, e-Court, smart planning & development and last but not least the m-Commerce sector; the government of Dubai is fully committed to make technological interventions into the system. I had tried to bring some exciting project details of these initiatives:

This solution by SAP aims to make the shopping more easy for customers by offering a system inside changing rooms that will help them to order clothes inside the room. If you are going alone for shopping then there is no need to be worried. Just go and SAP will make shopping easy for you.

As Richelle Mead has said and I quote here that:

These troublemakers are later on known as the history-makers and are remembered as heroes, scientists, historians, philosophers etc. Similarity, Dubai is also going to achieve its Vision 2020 dream of becoming “A Smart Nation” and will make a history in the world.

On my last day at Gitex 2016, I literally realized that the technology has advanced more than the blogs I’m writing while sitting in my country Pakistan. Nations that welcome and accept changes are always the leading and developed countries in the world. So there are many examples for Pakistan as well; our government can also introduce such measure in order to make the entire system more effective and efficient for the betterment of citizens.

PhoneWorld has also live streamed the entire Gitex 2016 event for the viewers which can be watched from: PhoneWorld Live

Pakistan to Get 5G Internet Commercially by 2022-23

Islamabad Plans to have its own Observatory in Shakarparian