Late last year, Vivo announced its X60 and X60 Pro phones in China. Both phones were powered by Samsung’s Exynos 1080 chipsets. However now, the company is planning to bring the phones to other markets as well. Global Vivo X60 and X60 Pro Appear on Google Play Console and Geekbench listing. It also means the launch is quite imminent.

Listings for the Vivo X60 (V2045) and X60 Pro (V2046) reveal the global variants will come with different hardware compared to their Chinese counterparts. The most notable change is the addition of the Snapdragon 870 chipset in place of the Exynos 1080. The rest of the spec sheet looks quite similar. The coming phones will come with up to 12GB RAM, 1080×2376 pixel resolution displays and Android 11 out of the box with OriginOS on top. 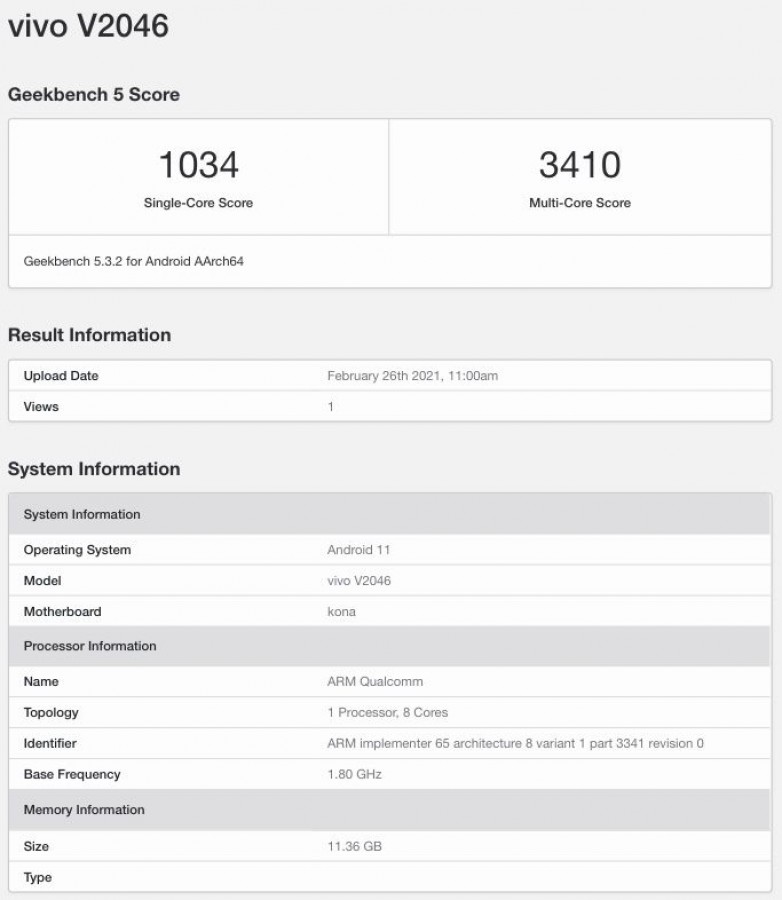 Furthermore, The X60 Pro has also appeared on the Geekbench listing. The phone managed to score 1,034 and 3,410 points in single and multi-core tests respectively. The listing also confirmed 12GB RAM, Android 11 and the Snapdragon 870 chipset. The previously launched X60 Pro has come with a 4,200 mAh battery with 33W fast charging.

We will surely get more details in the coming days. Till then stay tuned for more updates.