Glow by Warid and PakWheels.com organized a fascinating Automobile-Show at “Panjnad” Gate in Fatimah Jinnah Park. The automobile enthusiasts of Lahore Sunday enjoyed a big treat as they got a chance to feast their eyes on more than 500 exclusive cars and motorbikes at the Lahore Auto-Show 2013, which was held at the Liberty Market.

Being one of the biggest auto events in the city the show also provided ample opportunities for entertainment and excitement to the visiting youth and families. “Glow” by Warid was the main sponsor of the automobile festival, while Shell Helix Synthetic Motor Oils was the gold partner. PakWheels.com along with TDCP organised the event under the auspices of the government of Punjab and PHA, to enrich the Rang-e-Lahore celebrations. The auto-show was followed by a captivating musical performance by Club Caramel and an award ceremony, which also featured address of TDCP Managing Director Habibur Rehman Gilani.

[blockquote cite=””] The show turned out to be the biggest gathering of automobile enthusiasts in Pakistan, where more than 15,000 participants attended and shared their passion for cutting-edge automobile technology.
[/blockquote]

The show aimed at nurturing the automotive industry in Pakistan, through an extravagant display of vehicles and a festive award ceremony, where the young fans also gained insight on the hazards of street racing and reckless driving. 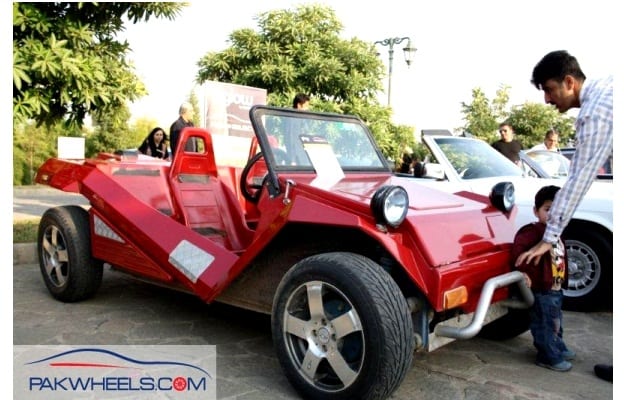 [blockquote cite=”Raza Saeed, Chief Executive Officer PakWheels.com “] The Lahore Auto-Show 2013 was a new feather in our cap. We are delighted to have ‘Glow’ by Warid and Shell Helix Synthetic Motor Oils as our premium partners and are thankful to TDCP for helping us in organising such a grand event as part of the Rang-e-Lahore celebrations. PakWheels has a history of orchestrating successful auto-shows in numerous cities of Pakistan that attract thousands of visitors from all walks of life
[/blockquote]

Warid and Shell Helix Synthetic Motor Oils, the premium partners at the event, also conducted special contests for the general public and gave away valuable prizes. Ample arrangements were made for entertainment, parking space, food and water to make the event a truly memorable experience for the public. The Lahore Traffic Police was also engaged in actively routing the traffic to nearby parking plazas to prevent traffic jams in the vicinity. The youth and families also enjoyed taking part in various events, including remote control car racing, and won various prizes. The main road of the Liberty Market remained jam-packed throughout the day, especially in the evening.

Some Clicks from the Event:
[nggallery id=31]